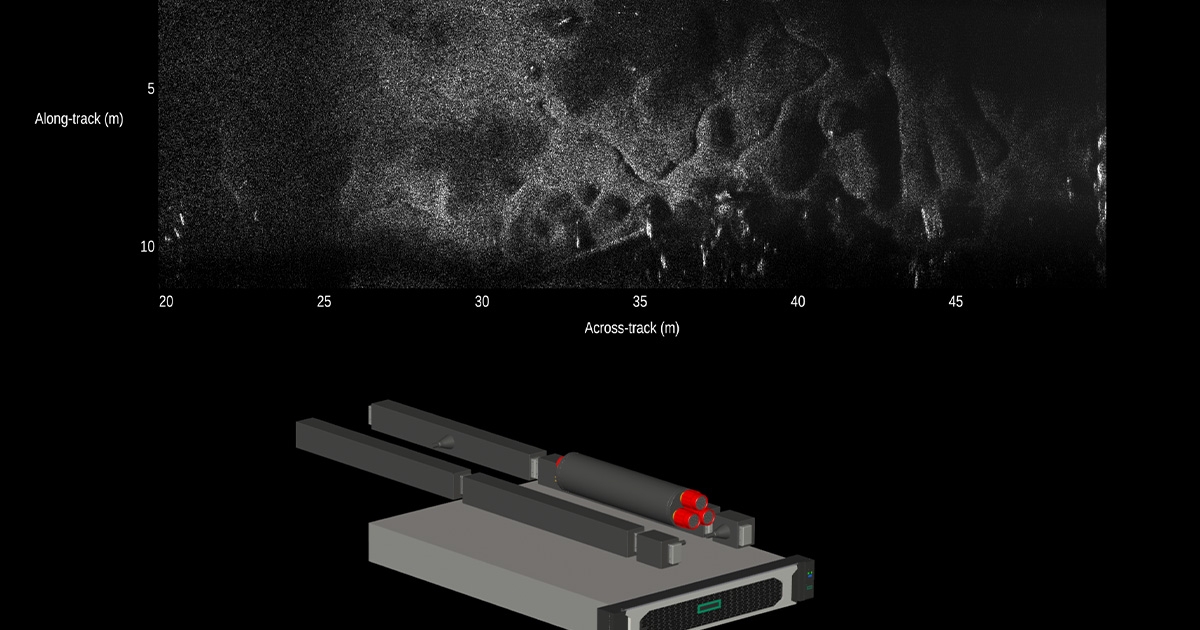 DESIGN: PicoSAS is the lowest Size, Weight and Power (SWaP) AUV SAS on the market.

Pioneered in the 1950s for airborne Radar systems, Synthetic Aperture processing techniques form large apertures by the coherent combination of pings as the vehicle traverses the target scene.

Because the azimuth resolution of a Radar or Sonar is governed by the size of its aperture in wavelengths, Synthetic Apertures offer resolutions far exceeding those of physical arrays.

Unlike conventional sonar systems SAS also offers constant along-track resolution independent of range. SAS is a challenging technique because platform motion must be measured to within a few hundred microns over the length of the Synthetic Aperture. Such measurement is beyond the capabilities of Inertial Navigation Systems consequently acoustic micronavigation techniques are typically employed. SAS also places very high demands on the fidelity of the sonar system and requires huge processing power.

Over the past 25 years Picotech Ltd’s founder has contributed to the following SAS programs: