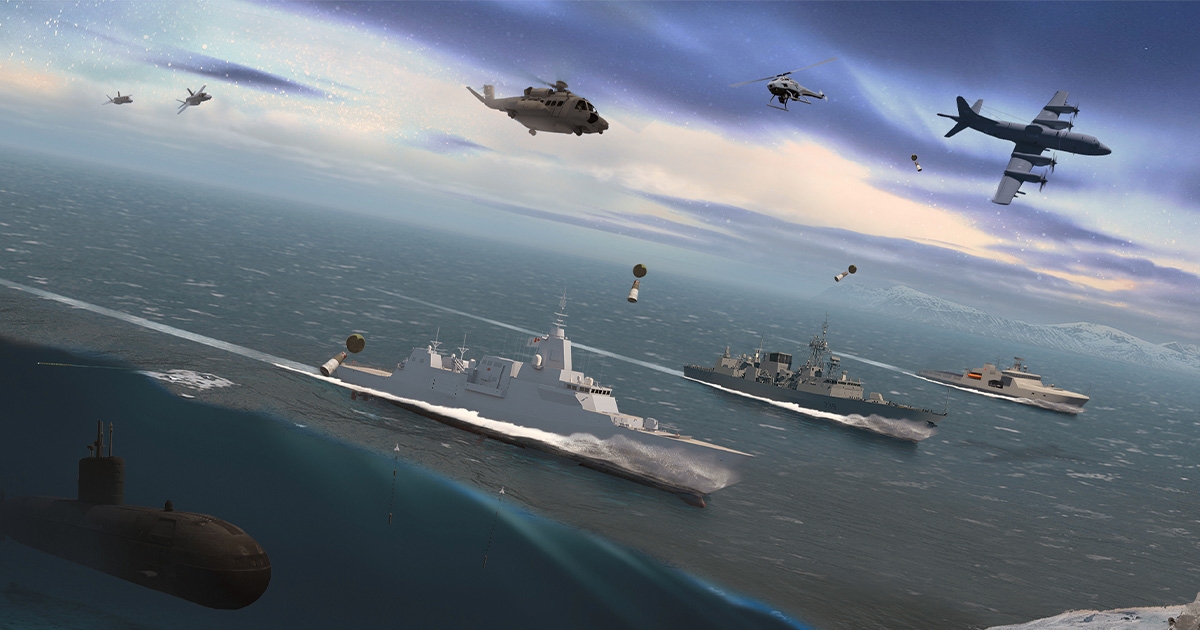 Ultra Maritime (Ultra) and UMS SKELDAR have been awarded a 2nd Phase contract under the Department of National Defense’s (DND) Innovation for Defense Excellence and Security (IDEaS) program, which will explore the development of a Rotary Wing UAS to provide an Anti-Submarine Warfare (ASW) sonobuoy dispensing capability, based on the SKELDAR V-200 Uncrewed Aircraft System (UAS).

This innovative program will review how a medium-sized UAS can be used to deploy sonobuoys for the purpose of tracking potentially hostile submarines operating in the open ocean or close to coastal areas that could pose a threat to the Royal Canadian Navy (RCN) or other forces. Andrew Anderson, Chief Technology Officer, Ultra Sonar Systems, explains: “We are constantly reviewing new technologies to determine how they can be used to tackle the threat from hostile submarines. The scope of this program is to evaluate the technical and operational feasibility of deploying sonobuoys from a Class II Rotary Wing UAS, to provide the warfighter with another tool in the ASW toolbox.”

Richard Hjelmberg, Vice President Business Development for UMS SKELDAR, adds: “We are delighted to be a part of this contract with Ultra. Using Rotary Unmanned Aircraft Systems to help conduct ASW will provide many benefits, not least enabling rapid deployment capabilities, a smaller logistical footprint on Canadian Armed Forces (CAF) ships and a cost-effective alternative to current methods. At UMS we are proud of our innovation leadership when it comes to advances in rotary-wing UAS platforms. Our SKELDAR V-200 platform is a prime example of this, with a capability of completing remote automatic flights, exceeding six-hour flight times thanks to the robust heavy fuel engine and the ability to provide a high degree of maintainability and minimum turn-around times. These credentials we believe are the perfect fit for this program.”

The SKELDAR V-200 has advanced intelligence-gathering capabilities when equipped with multiple sensors. Flight times can exceed six hours, and the heavy-fuel engine combined with efficient maintenance procedures and ease of access to the engine compartment allow for highly efficient routine service processes.