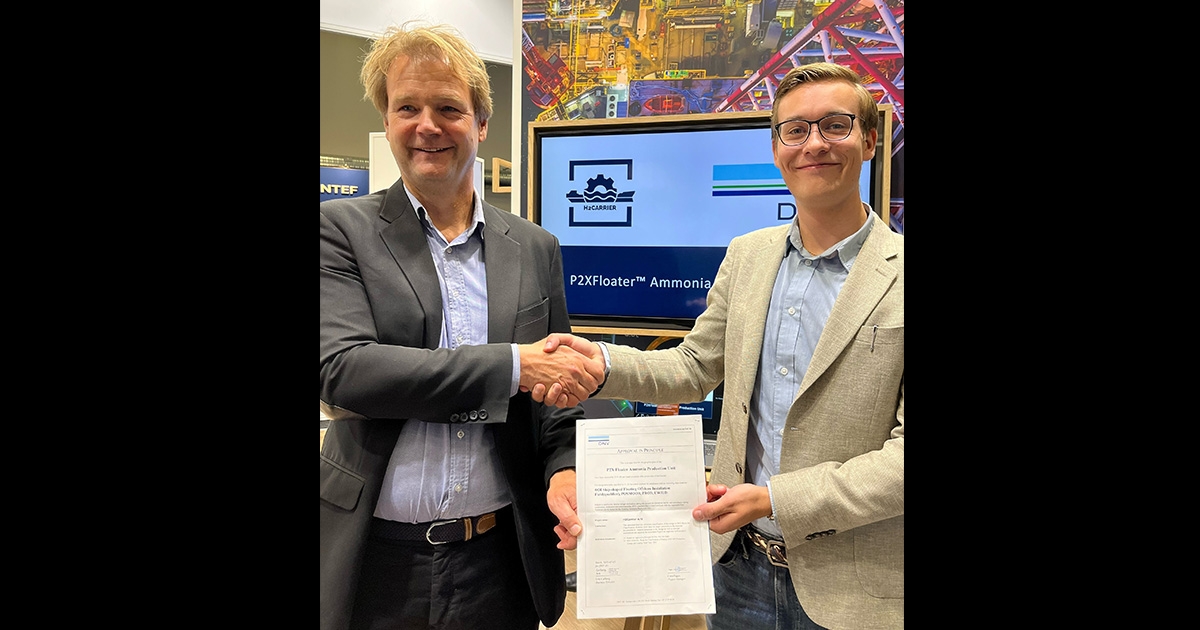 An industrial scale concept for a floating production unit to produce green ammonia at sea has secured Approval in Principle (AiP) from DNV, affirming the technical feasibility of the design.

The so-called P2XFloater concept, developed by Norway-based H2 Carrier, is based on the conversion of an existing Very Large Gas Carrier into a floating, production, storage and offloading unit (FPSO) that can serve to produce environmentally friendly ammonia for the local or for the world market.

The FPSO would source electricity from a wind farm or other renewable source to provide power for electrolysis of seawater to produce the hydrogen as input to the so-called Haber-Bosch process which produces liquid ammonia by combining hydrogen and nitrogen of under high pressure and high temperature. The required nitrogen would also be produced onboard the FPSO.

“The AiP assessment has looked at the technical challenges associated with offshore ammonia production and has concluded that there are no insurmountable difficulties to preclude future classification of the design,” said Fagan.

“For application of the concept in future projects, detailed engineering studies will of course need to be carried out with particular attention to addressing the hazards associated with ammonia and hydrogen for a particular layout and location.”

“The innovative P2XFloater™ concept provides a low-cost, fast-track and flexible solution to produce green ammonia on an industrial scale and at a competitive price. Market demand is rapidly increasing primarily due to the decarbonization of the industrial and maritime sectors,” says Mårten Lunde, CEO of H2Carrier AS.

Mr. Lunde added: “We are very pleased to have been awarded the AiP from DNV, which is a significant technical milestone that gives us a springboard for further development towards commercial realization of this concept.”