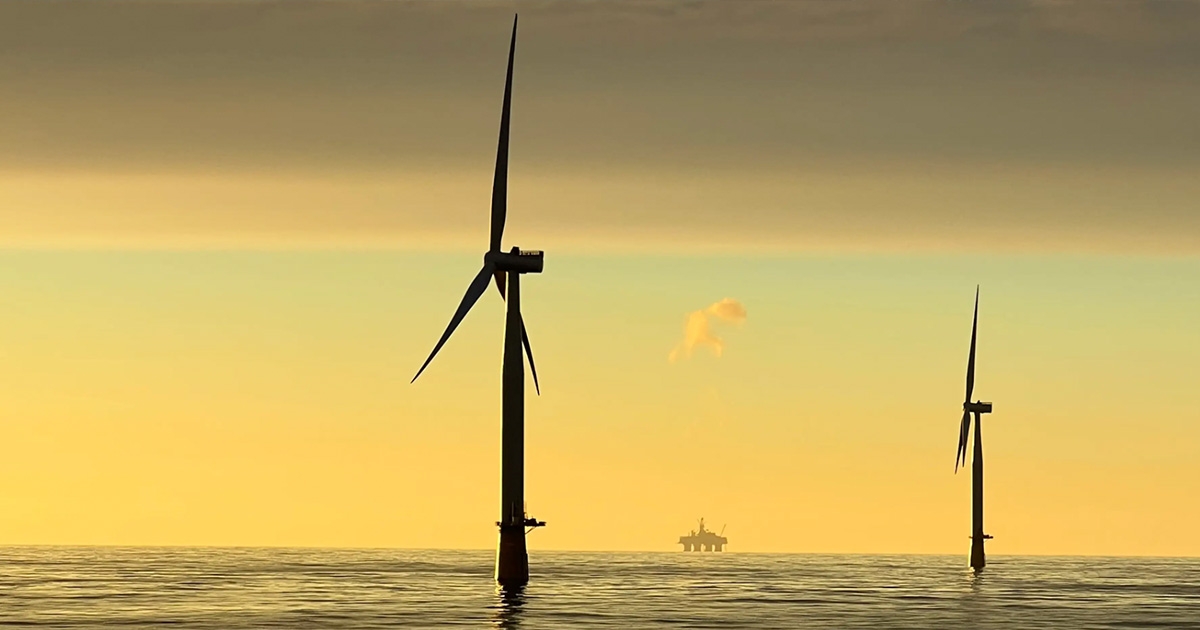 Power production from the first turbine in the floating wind farm Hywind Tampen in the North Sea started at 12:55 CET on November 13. The power was delivered to the Gullfaks A platform in the North Sea.

“I am proud that we have now started production at Hywind Tampen, Norway’s first and the world’s largest floating wind farm. This is a unique project, the first wind farm in the world powering producing oil and gas installations,” says Geir Tungesvik, Equinor’s executive vice president for Projects, Drilling and Procurement.

Owned by the Gullfaks and Snorre partners, the Hywind Tampen wind farm is expected to meet about 35 percent of the electricity demand of the two fields. This will cut CO2 emissions from the fields by about 200,000 tonnes per year.

“The Norwegian content of the project is about 60 percent. This shows that we, together with our partners and suppliers, are building a new industry on the shoulders of the oil and gas business utilizing the competencies we together have acquired over many decades,” says Tungesvik.

Seven of eleven turbines are scheduled to come on stream during the year. The last four turbines have been assembled this autumn and will be installed on the field during a weather window next year. Even with just seven turbines on stream Hywind Tampen will be the world’s largest floating wind farm with a capacity of 60 MW.

With its world-class wind resources, the North Sea will continue to play a key role also in the energy transition and for the energy security of Europe and Norway. Hywind Tampen represents a first step towards developing a new industry within offshore wind in Norway, contributing to reliable, affordable, and sustainable energy supplies.

“Hywind Tampen cuts emissions from the oil and gas industry and increases the gas export to Europe. This is an important contribution towards transforming the Norwegian continental shelf from an oil and gas province to a broad energy province. Just a few years ago, no one would have believed that offshore platforms could be powered by electricity from floating wind turbines. Well, now we have started,” says Kjetil Hove, Equinor’s executive vice president for Exploration and Production Norway.