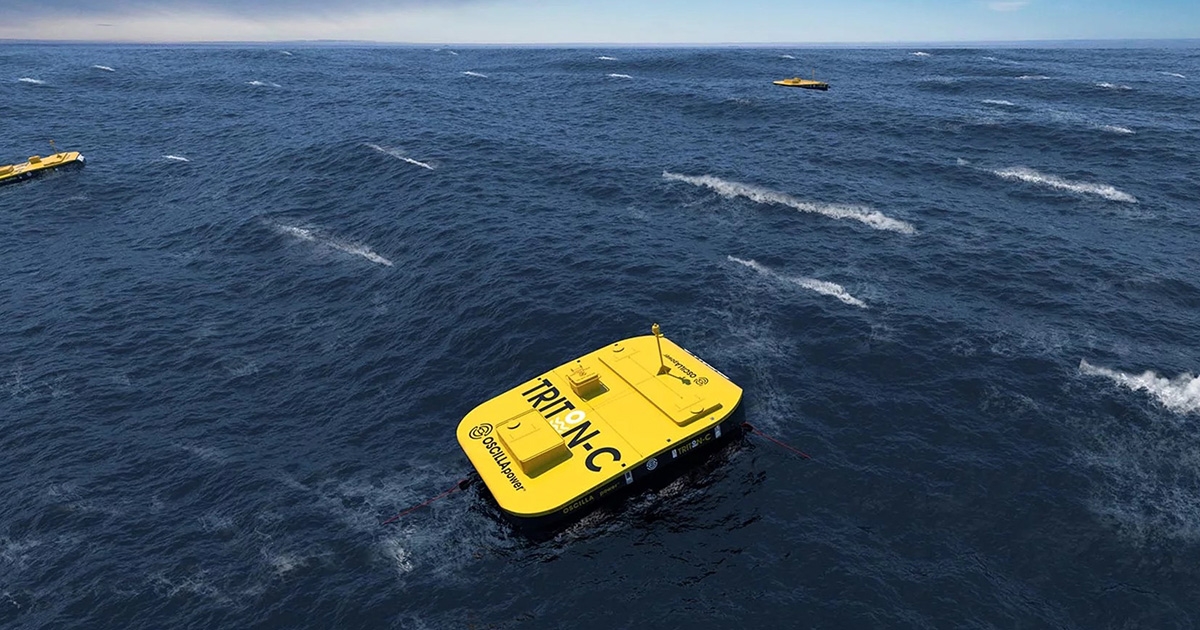 Oscilla Power has had their ‘Triton’ grid-scale ocean wave energy converter named as one of TIME’s Best Inventions for 2022.

The company is aiming to make its Triton wave energy converter (WEC) the first ocean wave energy system ever to produce power at a levelized cost that is on par with other forms of clean power generation.

Wave energy represents a significant, untapped, power generation resource. Estimates are that the total marine energy resource in the US is about 2,300 terawatt hours per year. This equates to or roughly 57 percent of U.S. electricity generation in 2019. Importantly, wave energy can help to balance the variability of solar and wind and can enable CO2 emissions from power generation to be reduced to less than half their predicted 2050 levels.

Oscilla Power’s wave energy systems are highly efficient and based upon an approach known as a “multi-mode point absorber.” This consists of a geometrically optimized surface float connected to a submerged ring-shaped, reaction structure that hangs beneath on three tendons. This innovative design moves in all six degrees of freedom when moved by waves (heave, pitch, surge, roll and yaw) enabling it to continuously generate energy. This allows a greater average annual energy production and a substantially lower levelized cost of electricity that is on par with other forms of clean power generation.

“It is an honor to have been selected as a TIME Best Invention,” said Balky Nair, Oscilla Power CEO. “It is a testament to the work of our team, the belief of our funders and the support of our partners in the public and private sector. We look forward to fully commercializing Triton in the coming year.”

To compile the list, TIME solicited nominations from TIME’s editors and correspondents around the world, and through an online application process, paying special attention to growing fields—such as the electric vehicle industry, green energy, and the metaverse. TIME then evaluated each contender on a number of key factors, including originality, efficacy, ambition, and impact.