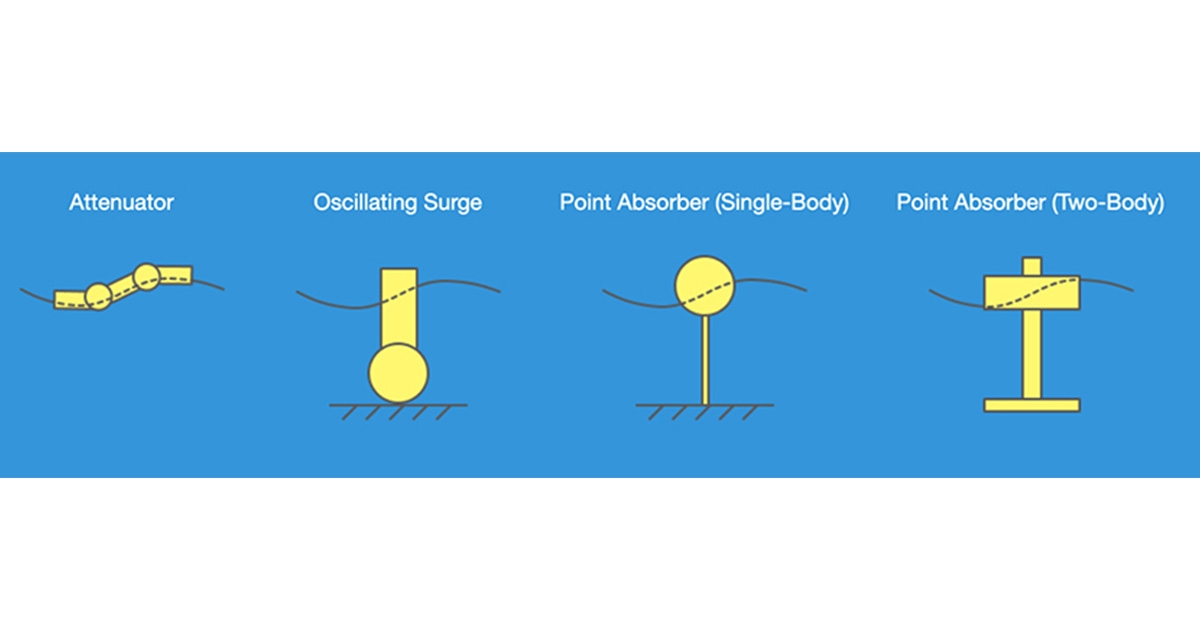 Surfers know the power of a single wave. So does a ship in the midst of a storm.

And thanks to a new tool developed by National Renewable Energy Laboratory (NREL) researchers, so does anyone designing a wave energy converter aimed at harnessing that power.

Wave energy converters, or WECs, come in many shapes and sizes and create different amounts of energy in different types of waves. That means a WEC that performs well in the big waves of California’s Humboldt Bay will not necessarily be efficient at capturing the energy of the low and slow swells in North Carolina’s Outer Banks.

“Wave energy is not like traditional energy sources where you put in this much fuel, and you know, you get this much power,” said Jim McNally, a technology innovation, modeling, and assessment engineer at NREL. “There are so many variables that you need to account for in order to get a real estimate.”

To account for these variables, researchers from the U.S. Department of Energy’s Water Power Technologies Office and NREL collaborated on the recently developed Small WEC Analysis tool, an online, publicly available graphical user interface. The goal of the site is to provide baseline information about the performance of different types of WECs in various ocean settings.

The tool was designed to make it easy for users to compare four common WEC models:

“There are many different types of WECs,” said McNally, who led the development of the tool. “But these concepts represent the most popular mechanisms that inventors ideate when designing their own.”

The need for this information came into sharp focus when competitors in the American-Made Waves to Water Prize began modeling their concepts for wave-powered desalination devices—and researchers from NREL and other national laboratories were asked to judge their feasibility.

“There wasn't any really good information on the performance of smaller wave energy devices out there,” said Scott Jenne, a marine energy systems engineer at NREL who initiated the Small WEC Analysis Tool project and served as principal investigator for the Waves to Water Prize. “You can't really do a techno-economic feasibility assessment unless you know something about the device performance. To me, this tool was a critical first step.”

That means the tool is also helpful for researchers and funders looking for a baseline measurement that indicates the amount of energy a particular WEC is expected to produce.

Say a decision-maker from the U.S. Department of Energy or the Testing Expertise and Access for Marine Energy Research program receives a request to fund or test a new WEC from a university or entrepreneur. “With WECs, there are a number of ways to estimate the amount of power they’ll produce, but oftentimes, these estimates aren’t entirely accurate,” McNally said. “The decision-makers needed an interface where they could quickly look up an estimate and be able to see if a proposal is in the ballpark.” That information helps those decision-makers evaluate whether the innovation is worthy of funding or lab testing space.

For the first time, the Small WEC Analysis tool enables users to compare different WECs’ performance on an apples-to-apples basis. “You used to have to dig through different documentation on different types of WECs at different locations,” McNally said. “Here you can really see how a machine will work in certain environments.”

So how does the tool work?

Let’s say a developer is interested in installing a group of attenuator WECs off the coast of Maine. They will first need to identify the average wave height and length at their locale using a resource such as NREL’s Marine Energy Atlas or the National Oceanic and Atmospheric Administration's National Data Buoy Center. Then they will review how much energy an attenuator can produce in that sea state. Not enough energy to meet their needs? Maybe they would get more energy out of a different size attenuator—or compare it to another kind of WEC, such as a point absorber, which may better suit their purposes and location.

Having this information in a publicly available interface, along with historical data, is vital for anyone in the wave energy world, which includes startups, universities, and researchers. “Someone may look at the data and say, ‘We’re going to need a bigger boat,’” McNally said. The energy estimates found within the tool can either help accelerate an inventor’s design cycle or prevent them from wasting time on a faulty concept from the start. This information just helps close the design loop, McNally added.

The Future of Small-Scale Wave Energy

Because of the harsh marine environments WECs must operate in—and the complex regulatory requirements imposed on device deployments—advancements in wave energy technology have been slow.

But the U.S. Department of Energy Water Power Technologies Office’s Powering the Blue Economy initiative seeks to change that. Projects in the initiative are accelerating WEC technology to fulfill small-scale needs. For example, wave-powered desalination devices being invented through the Waves to Water Prize are helping to provide drinking water in disaster relief scenarios or to remote coastal communities. And the Ocean Observing Prize inspired competitors to utilize WEC technology to develop devices that could greatly expand ocean and hurricane monitoring capabilities, which could, one day, eliminate the need for diesel to be shipped to research buoys or boats.

Although they may not be huge, small-scale WECs could help meet the needs of small communities and projects, and the data found in the Small WEC Analysis Tool will help identify the best WECs for the job.

Want to dive deeper into the tool’s functionality? Watch the R&D Deep Dive: Small WEC Analysis in the Palm of Your Hand webinar recording to learn more, then explore NREL’s marine energy research and related tools.