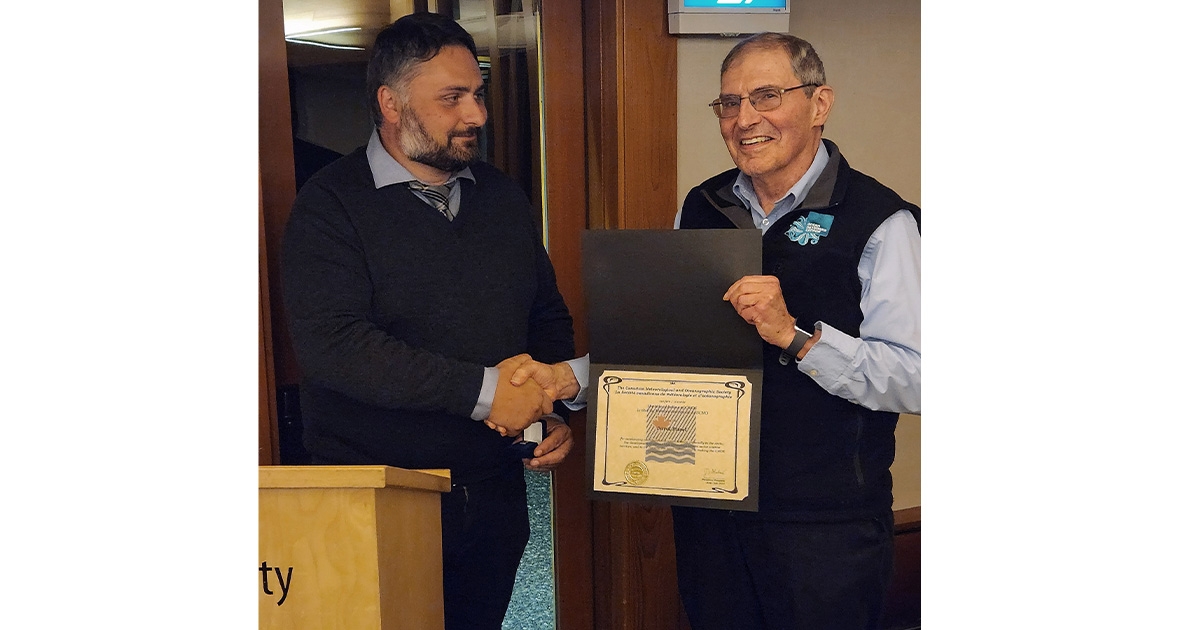 The Vancouver Island CMOS Centre and ASL co-hosted a reception and award presentation ceremony at the University of Victoria, University Club, Thursday October 6th to honor those that have contributed significant scientific achievements.

At this ceremony, ASL’s David Fissel was named a Fellow of the Canadian Meteorological and Oceanographic Society (CMOS).

David Fissel was educated at the University of British Columbia, earning a B.Sc. in Honors Physics in 1971 and an M.Sc. in Physical Oceanography in 1975. His graduate research, carried out under Professor Steve Pond, was followed, in 1975, by working as a Physical Oceanographer at the Government of Canada’s Institute of Ocean Sciences. His initial studies focused on currents in the Strait of Juan de Fuca and circulation patterns in the eastern half of the Northwest Passage.

In 1977, he joined Arctic Sciences Ltd. as a founding partner and Director of Oceanography, leading a 1977 physical oceanographic study of Lancaster Sound. Over the next 45 years, David played a major role in the evolution of Arctic Sciences Ltd. and its successor ASL Environmental Sciences Inc. which is a major contributor of products and expertise to Canadian and world markets for environment knowledge and services. During this period, his formal title varied to reflect current balances in his scientific, administrative and leadership interests and responsibilities. The breadth and intensity of those interests combined with his legendary store of energy drove significant advances of knowledge in the form of 40 journal publications and well over 100 conference papers, in almost all aquatic areas relevant to Canada and its international scientific responsibilities.

This reality was apparent in his directorship roles on numerous university, government and private sector organizations’ advisory and collaborative panels as well as his executive positions, including President, of the CMOS from 2009–2012 and leading the CMOS Congress 2021 organizing team.

Since 2017, he has carried on at ASL on a part time basis as a Senior Scientist while continuing to reside in Brentwood, B.C. with his wife Bernadette and faithful dog, Meena except when he is traveling to check up on his four offspring or the Toronto Bluejays baseball team.