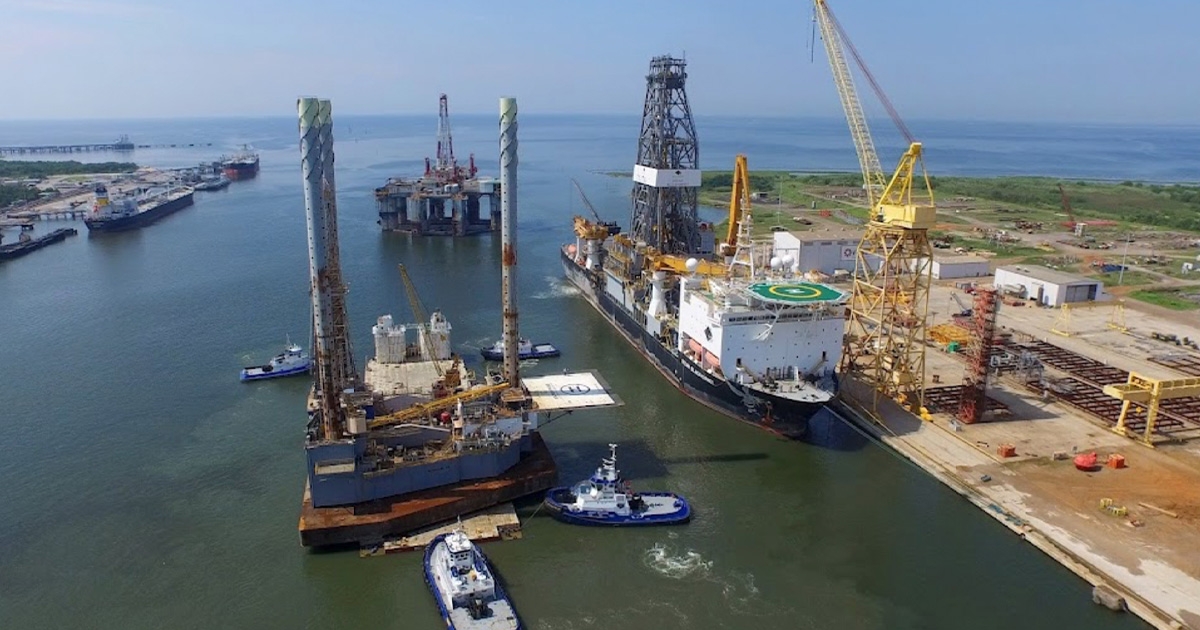 Bollinger Shipyards (“Bollinger”), the largest privately-owned and operated shipbuilder in the United States, that it has entered into an agreement to acquire VT Halter Marine, Inc. and ST Engineering Halter Marine Offshore (“STEHMO"), together a leader in the design, engineering, construction, and repair of complex, state-of-the-art vessels for government and commercial customers, from parent company ST Engineering North America, a leading technology, defense and engineering group.

The transaction expands Bollinger’s new construction and repair capacity and capabilities to better serve its key defense and commercial customers.

“For over 75 years, my family has been dedicated to providing our government and commercial customers with the highest levels of quality, support and service in the U.S. shipbuilding industry,” said Ben Bordelon, CEO and President of Bollinger Shipyards. “The addition of VT Halter Marine and STEHMO in Pascagoula, Mississippi is strategic as it further strengthens our position in the industry and U.S. defense industrial base by allowing Bollinger to expand our footprint, capabilities and suite of innovative solutions that we can provide to our customers. From Day One, the Bollinger team will leverage our proven and best-in-class management team, operational excellence and existing capability to ongoing commercial and government programs, especially the Polar Security Cutter program.”

This acquisition creates expanded opportunities for Bollinger to better serve and deepen its relationships with its key defense and commercial customers with an increased capacity and footprint, improved efficiencies, enhanced economies of scale, and access to a large skilled workforce, including increased engineering capacity. It also brings expanded capabilities for future programs, including an ACAT I program.

Bollinger’s acquisition increases the shipyard’s growing new construction and repair portfolio. All ongoing programs are to be conveyed with the transaction. Notably, the Polar Security Cutter (PSC) program for the U.S. Coast Guard and the Auxiliary Personnel Lighter-Small (APL(S)) program for the U.S. Navy. Given the proximity to Bollinger’s existing facilities, Bollinger will be able to support further efficiencies and resolution of any potential capacity constraints.

In addition to construction of the U.S. Coast Guard Sentinel-class Fast Response Cutter (FRC) program, Bollinger builds the Mine Countermeasures Unmanned Surface Vessel (MCM USV) and the Towing, Salvage and Rescue Ships (T-ATS) programs for the U.S. Navy, as well as the Regional Class Research Vessel for the National Science Foundation and Oregon State University. Bollinger also has two active contracts with General Dynamics Electric Boat to build a 618 ft by 140 ft state-of-the-art Floating Dry Dock and a 496 ft by 95 ft Pontoon Launcher, both of which will support the construction and launching of the U.S. Navy’s Columbia Class Ballistic Missile Submarines. In addition, Bollinger is participating in industry studies for two government programs, including the U.S. Navy’s Large Unmanned Surface Vehicle (LUSV) program and the U.S. Navy’s Light Amphibious Warship (LAW) program.

Bordelon continued, “Bollinger takes great pride in being a major job creator in Louisiana. Today, we’re excited to grow and expand that legacy to Mississippi’s Gulf Coast. We have always said that our greatest strength has and continues to be our people. By combining our skilled workforces, we’ll ensure coastal Mississippi remains synonymous with defense shipbuilding and remains a major part of our industrial base.”

The acquisition includes 378 acres comprising 2 shipyards in Pascagoula and two dormant yards north of Pascagoula. The newly acquired yards will be renamed Bollinger Mississippi Shipbuilding and Bollinger Mississippi Repair. The Pascagoula facilities are strategically located with direct, deep-water access to the Gulf of Mexico and houses corporate office space, engineering, fabrication, warehousing and a foreign trade zone. The shipyard consists of 225,000 square feet of covered production area in the main fabrication assembly buildings. The facility is capable of producing Panamax-sized vessels up to 50,000 DWT and features an expanded 225.6m (740ft) tilt-beam launch system.