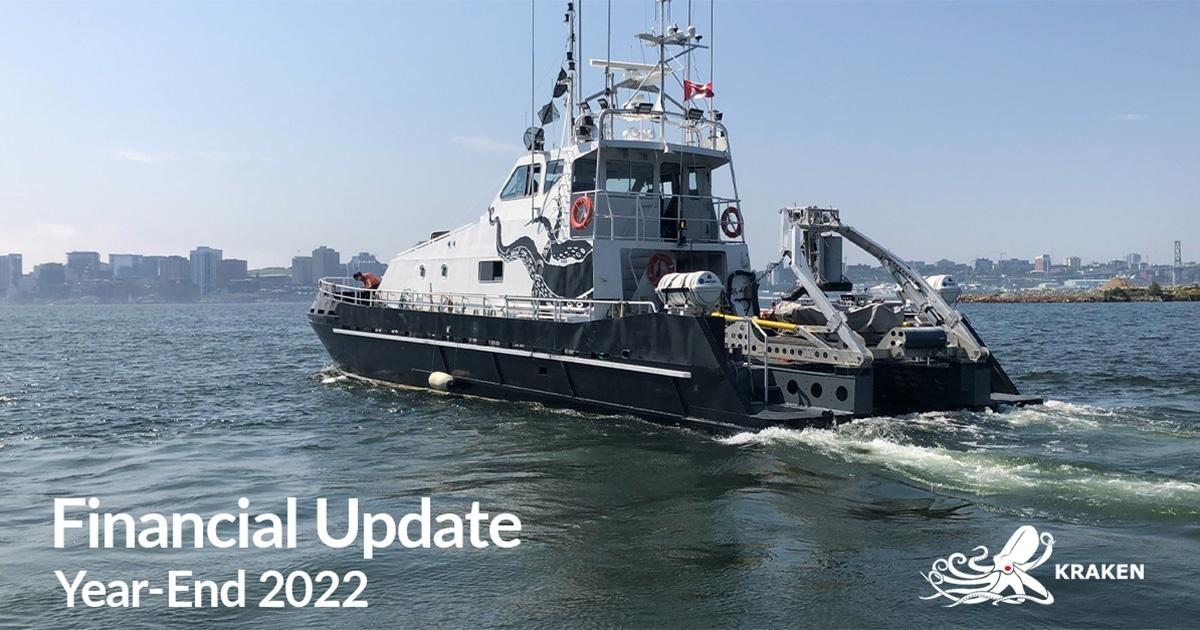 Kraken Robotics Inc. announces a financial update for the year ended December 31, 2022. While audited results will not be released until April, non-audited preliminary results show that company has met the mid-point of the $38 million to $42 million revenue guidance for 2022. This represents more than 50% top line growth year over year. Kraken also expect to be within the range of EBITDA guidance, previously announced at $5 to $7 million.

“2022 was a strong year for Kraken”, said Greg Reid, Kraken President and CEO. “Against the headwinds of continued supply chain tightness, inflationary pressures, and a tight labor market, we still delivered record financial results. In addition, we recently announced our largest award ever, a $50 million contract for the Canadian Navy’s Remote Minehunting and Disposal System and landed several other significant contracts, including a $14 million subsea battery contract and a $9 million KATFISH contract with a NATO navy customer. Based on our contract wins to date and our visibility into our sales pipeline, we expect continued strong growth in 2023 and beyond. In the defense market, the macro environment is robust as countries adapt to the new geopolitical norm to monitor and protect seabed assets and we are winning new customers and selling more products and services to existing customers. In the commercial market, we expect continued growth driven by offering services to companies focused on offshore wind and offshore energy.”

“We ended 2022 with a cash balance of $8.2 million, up from $5.7 million at the end of September and accounts receivable/contract assets of $13.0 million”, said Joe MacKay, Kraken Chief Financial Officer. “Combined with an expectation of solid EBITDA margins again in 2023 and advances from customer contracts, as well as a potential $6.0 million from warrants exercises, we feel confident that our balance sheet has sufficient flexibility to allow us to execute on our financial plan this year and beyond. Financial guidance for 2023 will be provided in conjunction with our audited year end results in April 2023, consistent with past practice.”