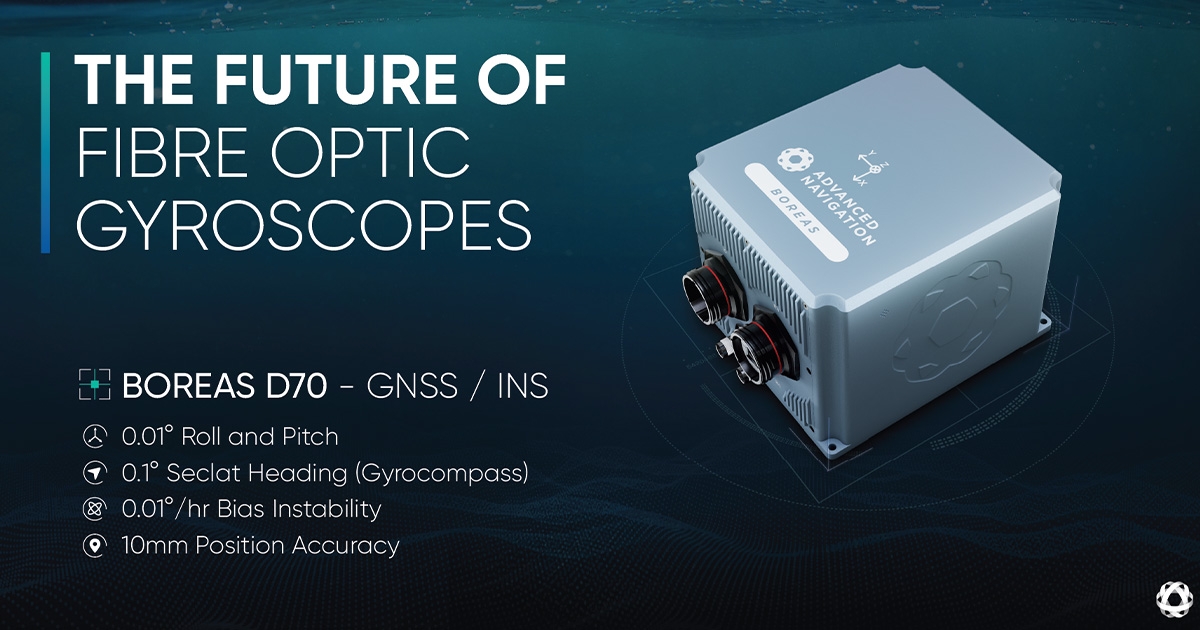 The D70 is the latest release in the Boreas digital FOG (DFOG) series, offering a new performance grade with superior accuracy, exceptional stability and reliability. The technology is well suited to surveying, mapping, and navigation across subsea, marine, land and air applications.

“We are thrilled to expand the Boreas series with the D70. It's a system that will provide additional flexibility in the Boreas family, making ultra-high accuracy inertial navigation far more affordable than previous FOG INS systems,” said Xavier Orr, CEO and co-founder of Advanced Navigation.

“This patented technology opens the possibility for adopting FOG INS systems across a much broader range of vehicular applications, particularly autonomous vehicles and aircraft, where weight and size are at a premium.”

The system features ultra-fast gyro compassing, acquiring and maintaining an accurate heading under the most demanding conditions. While D70 does contain a GNSS receiver, it’s not required for gyrocompass operation.

Based on revolutionary DFOG technology, D70 delivers a 40% reduction in size, weight, power and cost (SWaP-C), when compared to systems of similar performance. 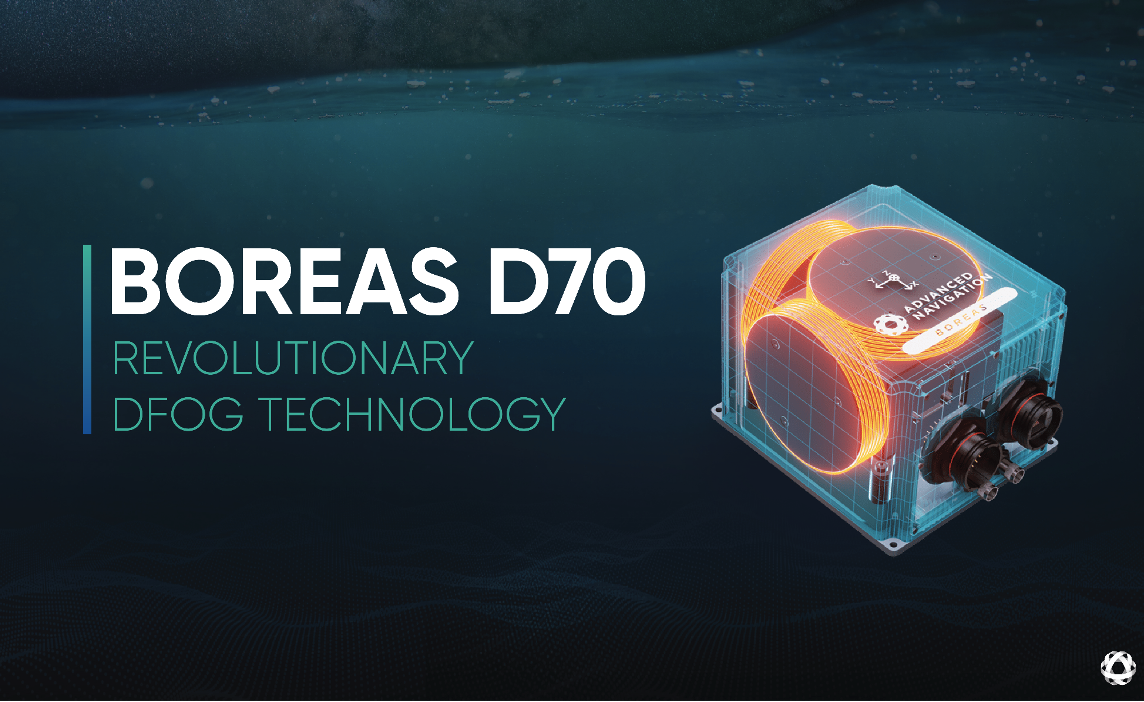 The Boreas DFOG series features ultra-fast gyro compassing and can acquire heading, either stationary or dynamically, in under 2 minutes. The gyro compassing allows the system to determine a highly accurate heading without any reliance on magnetic heading or GNSS.

The technology stems from Advanced Navigation’s revolutionary AI sensor fusion algorithm allowing the system to extract significantly more information from the data. It is designed for control applications, with a high level of health monitoring and instability prevention to ensure stable and reliable data.

Advanced Navigation designed Boreas from the ground up for reliability and availability. The hardware and software are designed and tested to international safety standards and have been environmentally tested to MIL-STD-810. The system achieves a mean time between failure (MTBF) of over 70,000 hours.

Additional features of the Boreas D70 include Ethernet, CAN and NMEA protocols, as well as disciplined timing via a PTP server and 1PPS. A rich, responsive embedded web interface provides full access to all of the device’s internal functions and data. Internal storage allows for up to 1 year of data logging.

DFOG is patented technology, which has been developed over 25 years involving two research institutions. DFOG was created to meet the demand for smaller and more cost-effective FOGs, while increasing reliability and accuracy.

In 2021, FOG has evolved into DFOG. This third generation of FOG sets itself apart by being completely digital, providing higher performance and reliability while enabling a 40% reduction in size, weight, power, and cost (SWaP-C).

To achieve this, three different, yet complementary, technologies have been developed to improve the capabilities of FOG.

Distinguished Professor Arnan Mitchell, the Director of the Integrated Photonics and Applications Centre at RMIT University, was a key partner in developing DFOG technology with Advanced Navigation. Professor Mitchell is a noted authority on microtechnology and nanotechnology whose work on shrinking components of a fibre optic gyroscope onto a single chip proved to be one of the key components of DFOG’s revolutionary technology. This innovation is what allows DFOG to have a significantly lower SWaP-C than other similar FOGs, all the while delivering higher accuracy and reliability.