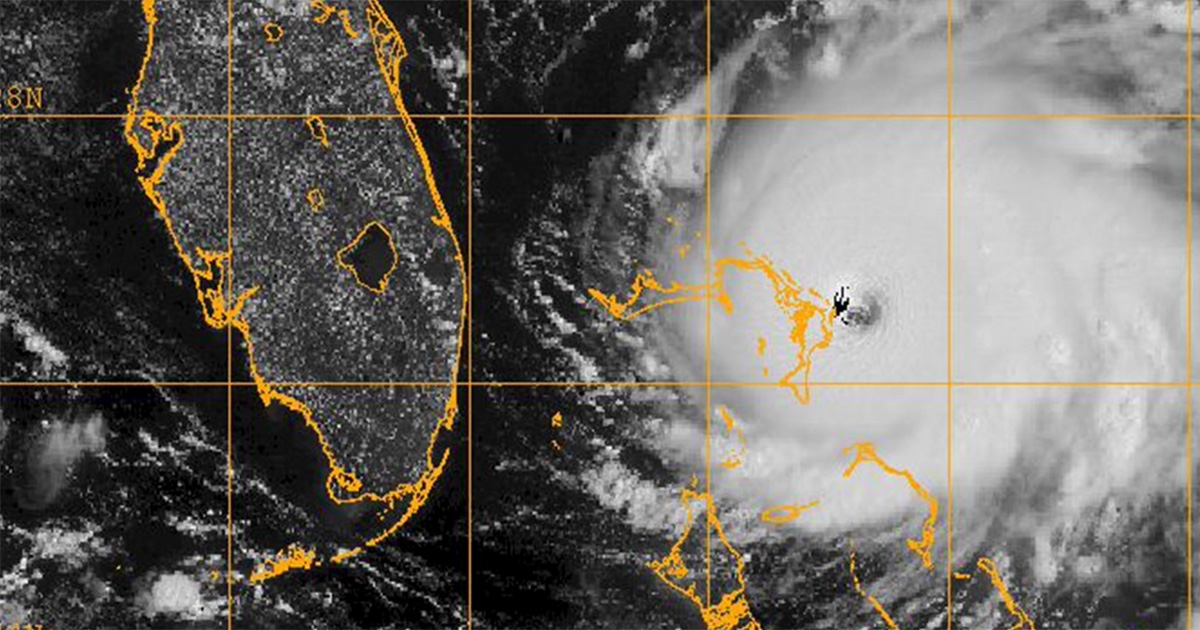 New NOAA research published in the journal Geophysical Research Letters, found that hurricane intensification rates near the U.S. Atlantic coast have increased significantly over the last 40 years and will likely continue to increase in the future.

Landfalling hurricanes can cause loss of life and severe damage, and when these storms intensify near the coast causing winds to increase, they can pose a more serious threat and represent a bigger challenge for damage mitigation.

Using observations and climate model simulations, scientists at NOAA’s Atlantic Oceanographic and Meteorological Laboratory (AOML) analyzed hurricane intensification patterns in the 230 mile area of the shoreline using storm track data for a 40-year period from 1979–2018. The study found the average intensification rate increased by about 1.3 miles per hour near the U.S. Atlantic coast. Researchers did not find a significant increase in hurricane intensity near the Gulf of Mexico coast over the same period.

Climate models used in the study show that hurricanes near the U.S. Atlantic coast enter into an increasingly favorable environment just ahead of landfall, which can cause storm wind speeds, or intensity, to increase quickly. A favorable pressure gradient across the land-sea boundary, warming ocean temperatures, and decreasing vertical wind shear (the change in the wind’s direction and speed with height) are all factors that make it easier for hurricanes to intensify. 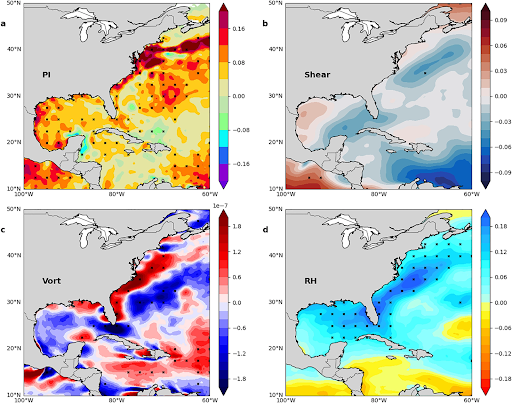 Observed changes in the nearshore hurricane environment (1979–2018). Near the U.S. East Coast the ocean’s surface has warmed and the atmosphere has become less stable (positive values of Potential Intensity in (a)), wind shear has decreased (b), the rotation of the large-scale winds has become more cyclonic (counterclockwise) (positive values in (c)), and humidity has increased (d). All of these changes are favorable for hurricane intensification.

“We know that the warming of the ocean’s surface can lead to more intense hurricanes,” said Greg Foltz, oceanographer at NOAA AOML and co-author of the study. “We were curious how other measures of the hurricane environment have changed, and what surprised us was the consistency of these changes near the U.S. East Coast, including less wind shear, more humidity and other factors conspiring to increase hurricane intensification.”

Using climate models, scientists found that the pattern of the last 40 years is likely to continue, contributing to more intense hurricanes.