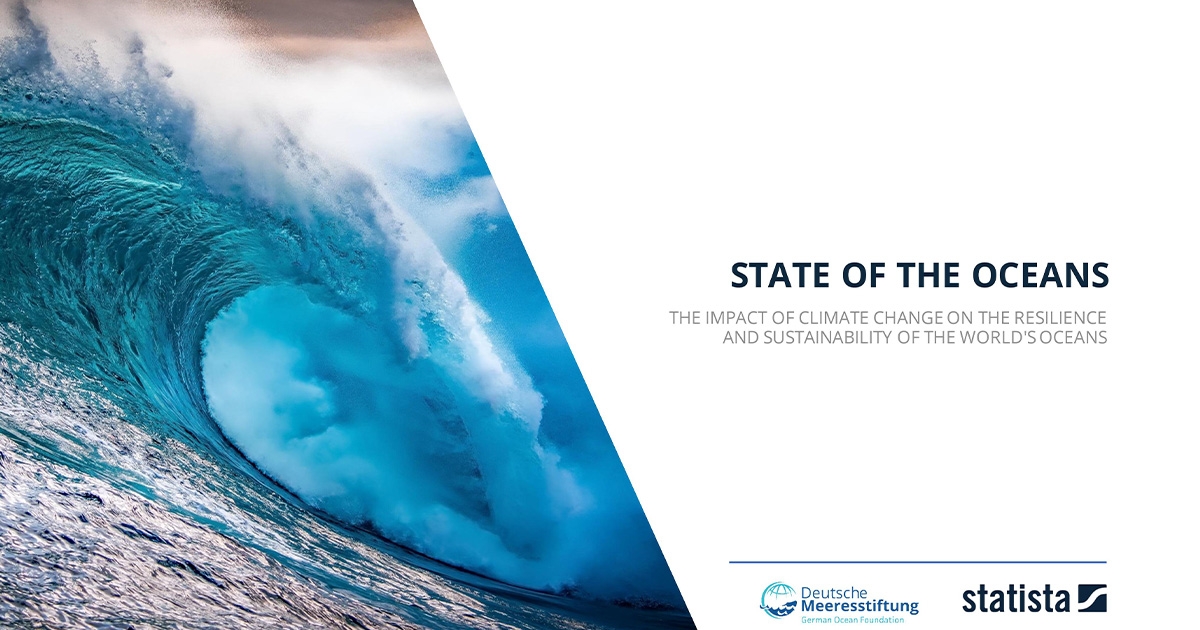 The oceans are threatened, and the protection of the oceans is of crucial importance for mankind.

Together with partners from business, science and society, the German Ocean Foundation is committed to the sustainable preservation of the oceans. In collaboration with Statista as well as a multitude of climate research experts, a DossierPlus has been created to draw large scale attention to the state of the oceans, and transparently raise awareness in the long term.

"Life below water" is one of the 17 global UN Sustainable Development Goals of the 2030 Agenda, which has been in force since January 2016. It addresses the enormous challenges faced in protecting and sustainably using our oceans. So far, however, the agenda topic suffers from significant underfunding, meaning the realization of the goal still appears uncertain. At the same time, protecting the oceans is of crucial importance to humanity.

Around 70 percent of the Earth's surface is covered by oceans. They are economic areas and trade routes, home to a multitude of living creatures, producers of more than half of the earth's oxygen supply and thus an essential provider of food, raw materials and energy. In recent decades particularly, pressure on the oceans has risen sharply: Due to overfishing, overfertilization of the oceans by nutrients from agriculture, the input of toxins and plastic waste, and warming and acidification caused by anthropogenic emissions of greenhouse gases.

The "Statista DossierPlus on the State of the Oceans" makes the topic transparent. Together with Dr. Nicoleta Bellou, scientist and expert for marine litter, and Dr. Wenyan Zhang, Head of Department Sediment Transport and Morphodynamics, both operating at the Institute for Coastal Systems at the Helmholtz Center hereon, the DossierPlus offers expert DeepDives on topics such as "Protection of the coasts by marine ecosystems" and "Waste control of the oceans". Prof. Dr. Stefan Rahmstorf, Professor of Physics of the Oceans at the University of Potsdam was on hand to advise throughout the project.

The "State of the Oceans DossierPlus" is now available at statista.com: click here