NORI and Allseas Lift Over 3,000 Tonnes of Polymetallic Nodules to Surface 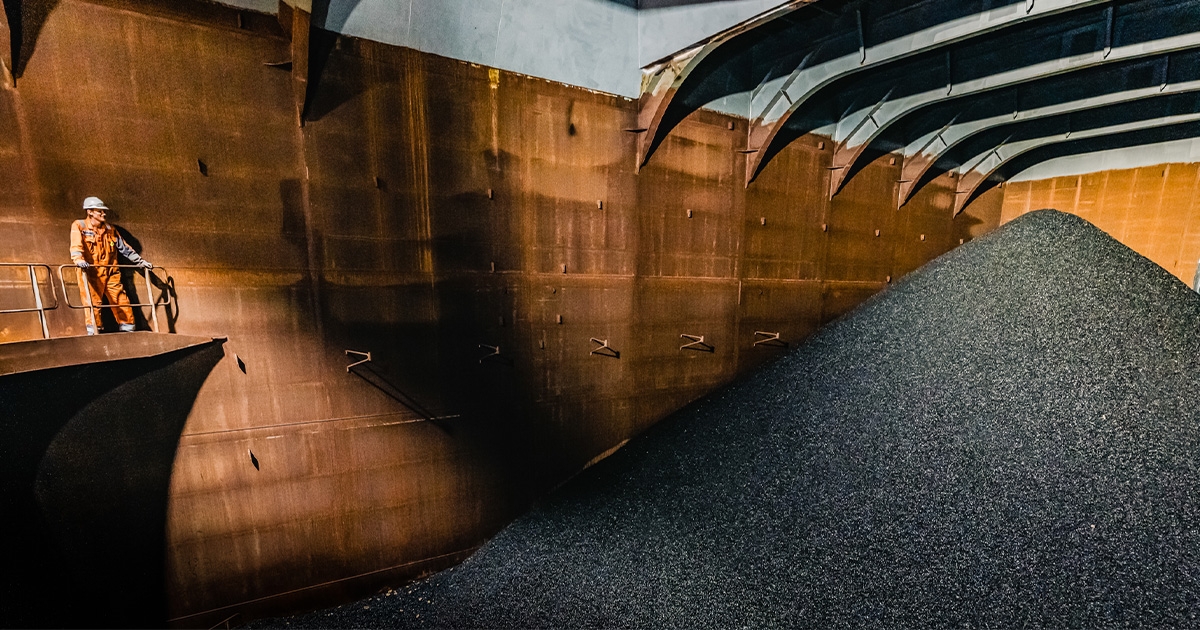 An Allseas engineer inspects the more than 3,000 tonnes of nodules stored in the hold of the surface production vessel Hidden Gem.

TMC the metals company Inc., an explorer of the world’s largest estimated undeveloped source of critical battery metals, announces that its subsidiary NORI and offshore partner Allseas have successfully concluded the first integrated system test in the Clarion Clipperton Zone of the Pacific Ocean since the 1970s, achieving all significant pilot milestones while collecting approximately 4,500 tonnes of seafloor polymetallic nodules.

Over 3,000 tonnes were transported up a 4.3km-long riser system to the surface production vessel, Hidden Gem, while the additional 1,500 tonnes of nodules were purposely left behind on the seafloor as part of the trials.

Following initial pilot system commissioning tests, the dedicated team of 130 crew and engineers aboard the Hidden Gem conducted a series of production runs in NORI-D test area to assess the system’s endurance prior to further development into a small-scale commercial system. Driving the pilot nodule collector over 80 kilometers, Allseas engineers put the system through a series of tests achieving a sustained production rate of 86.4 tonnes per hour, roughly equivalent to transporting the mass of 40 Tesla Model S vehicles up the 4.3-km riser pipe every sixty minutes. The pilot system is expected to be scaled up to include additional collector heads and a wider diameter riser pipe in preparation for NORI’s Project Zero, which will target a production rate of over 200 tonnes per hour. 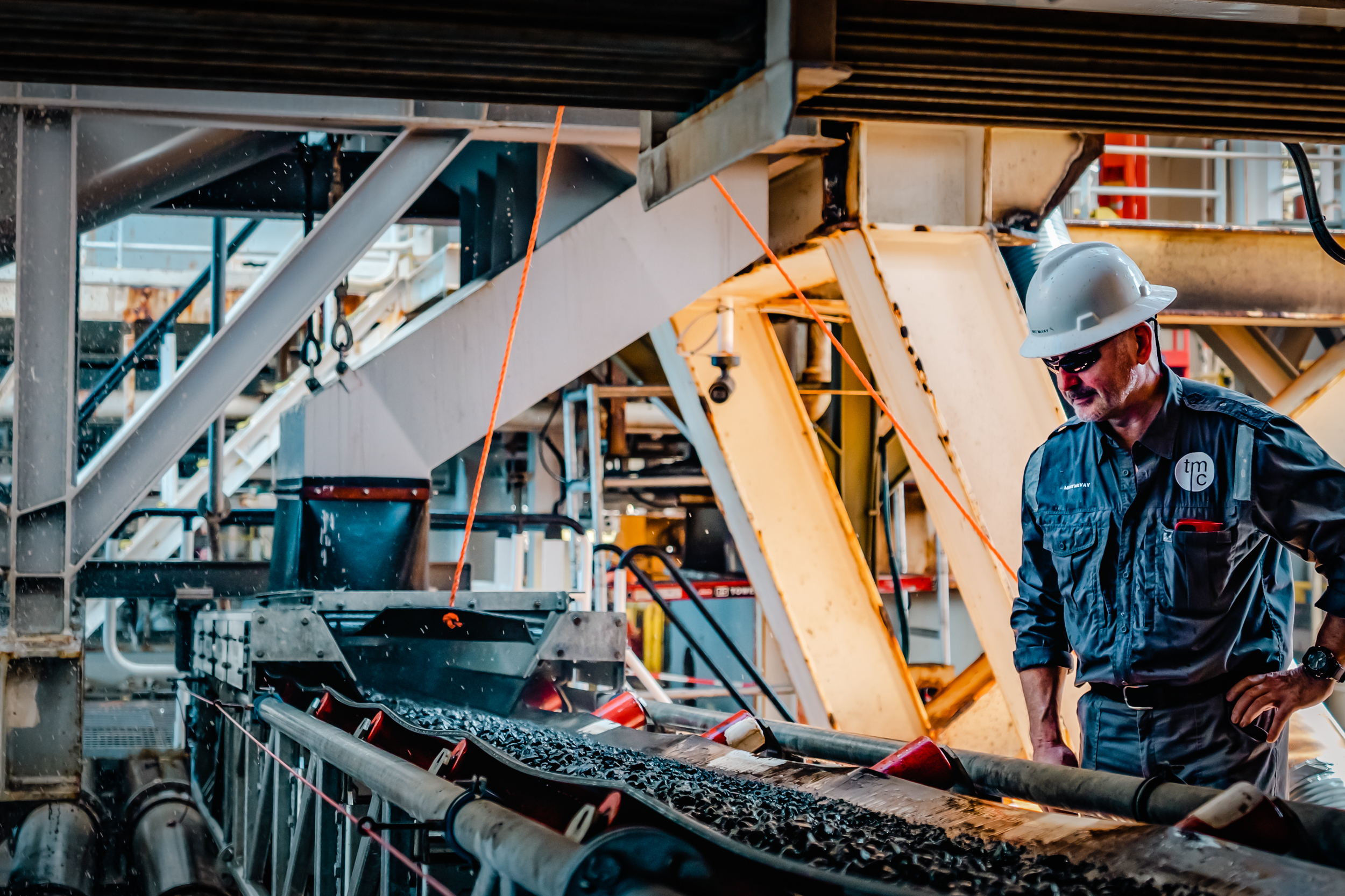 Concurrently, aboard a dedicated monitoring vessel, marine experts and academic scientists conducted the first monitoring program of an integrated pilot collector system test. The team used remotely operated vehicles (ROVs) and autonomous underwater vehicles (AUVs) to survey, monitor and sample the sediment plumes generated by collector operations on the seafloor as well as the mid-water discharge of water from the riser system used to transport nodules from seafloor to the Hidden Gem. The team deployed an array of over 50 subsea sensors on seafloor landers and mid-water moorings to continually monitor sediment plumes and noise generated by the nodule collection operations. The ongoing monitoring program will continue to survey environmental impacts and produce valuable scientific data after the conclusion of the collector system test.

Gerard Barron, CEO & Chairman of The Metals Company said: “We believe in making decisions based on data and evidence, not speculation and sentiment. This pilot collection system trial and monitoring campaign is the single most important milestone in de-risking the NORI-D project and establishing actual data on the environmental impact profile of potential nodule collection operations and improvements we can make going forward.”

He added: “I’d like to thank the teams aboard all three vessels involved in this complex pilot test and monitoring campaign who have worked tirelessly—some for months—coordinating and solving problems together offshore. Hidden Gem is now heading back to port with over 3,000 tonnes of nodules in her hold but the post-collection survey work is still ongoing until the end of the year. We look forward to the completion of this important work and the opportunity to share the data and its implications with the global community as soon as possible.” 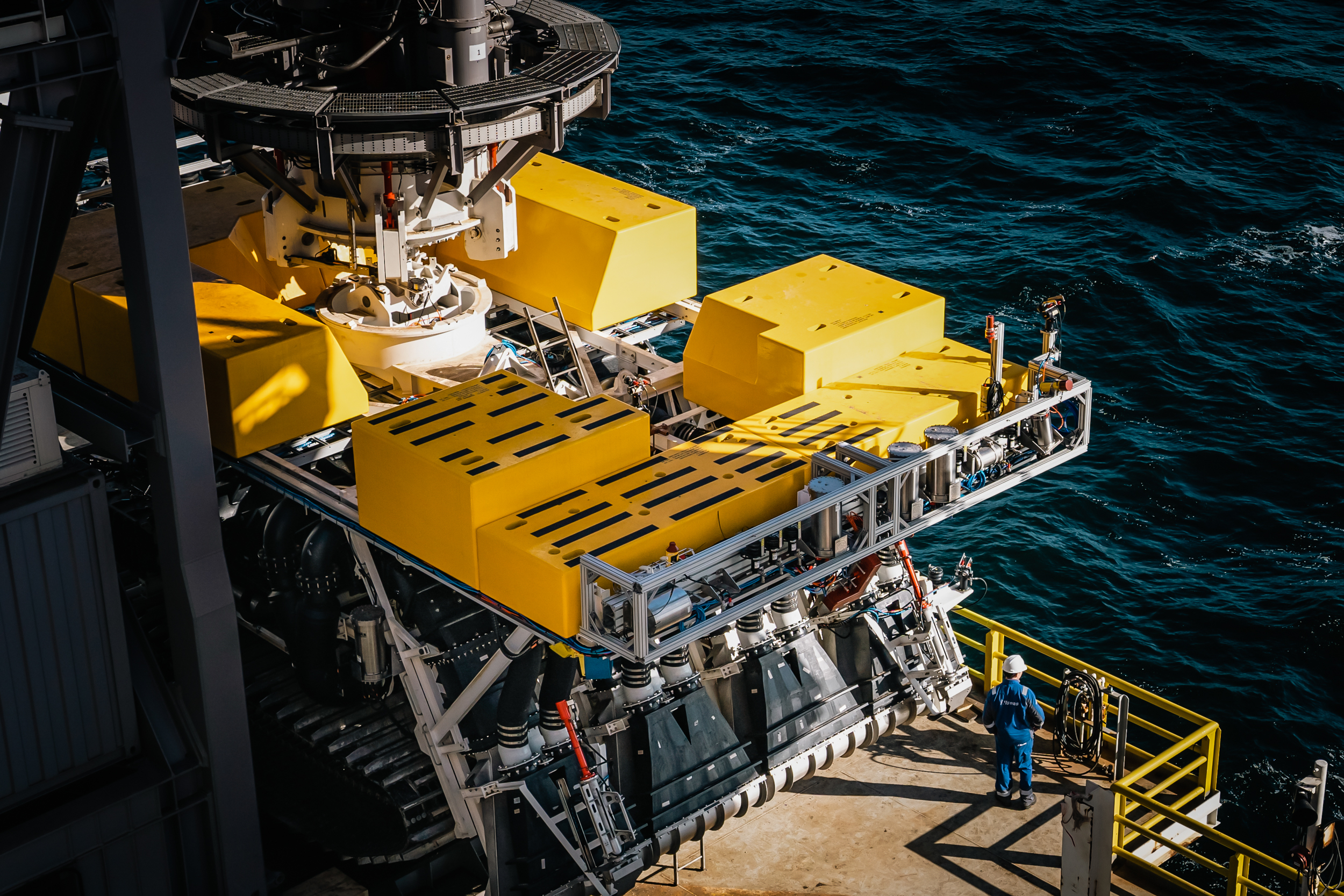 The Allseas-designed pilot collector vehicle awaits deployment from the Hidden Gem during the first integrated system trials in the Clarion Clipperton Zone of the Pacific Ocean since the 1970s.

With the technology trials complete, the marine research teams will remain on-site to recover the landers and moorings deployed for the collector test monitoring program and will undertake post-collection surveys to compare the status of the seafloor environment before and after the test. Once complete, the collection system test monitoring program will represent the single largest simultaneous environmental impact monitoring study ever conducted in the CCZ. The data collected, together with many terabytes of existing baseline data collected by NORI throughout 16 offshore campaigns, will form the basis of NORI’s application to the International Seabed Authority for an exploitation contract, which the Company expects to be ready for submission in the second half of 2023.

TMC and NORI expect that the findings from the rich data gathered during the trials will be published in scientific literature in the next year, in what is expected to be a significant expansion of our understanding of the deep-sea ecosystem in the CCZ where 17 of the 19 nodule exploration contracts awarded by the ISA are located. 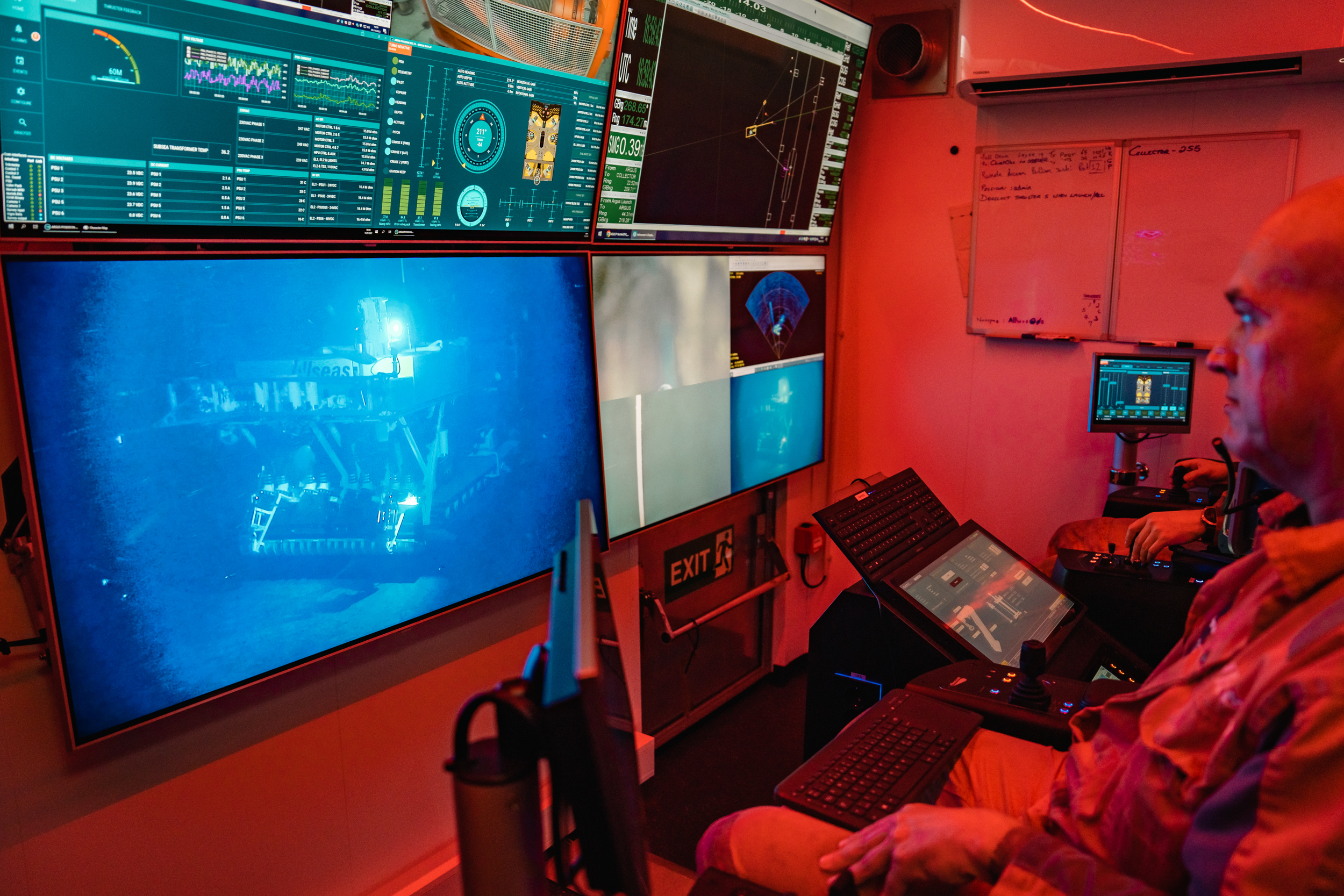 From a dedicated control room aboard the Hidden Gem, Allseas engineers successfully drove the pilot collector vehicle over 80 kilometers across the seafloor in the NORI-D exploration of the Clarion Clipperton Zone of the Pacific Ocean.

In September 2022, NORI announced that it received the ISA’s recommendation to commence its pilot nodule collection system trials in the CCZ after its review of the Collector Test Environmental Impact Statement (EIS) and Collector Test Environmental Monitoring and Management Plan (EMMP). While several ISA contractors including BGR (Germany), GSR (Belgium) and NIOT (India) have successfully conducted trials of prototype nodule collectors in recent years, the conclusion of NORI’s tests marks the first time an integrated nodule collection system — including a riser system — has been tested in the Clarion Clipperton Zone since the 1970s, when oil, gas, mining and industrial majors including Shell, BP, Rio Tinto (Kennecott), US Steel, INCO (Vale) and Sumitomo successfully conducted pilot test work, collecting ~2,000 tonnes of nodules.

In March 2022, NORI and Allseas agreed that the pilot nodule collection system would be upgraded by Allseas to a commercial system with a targeted production capacity of 1.3 million tonnes of wet nodules per year and expected production readiness by Q4 2024.