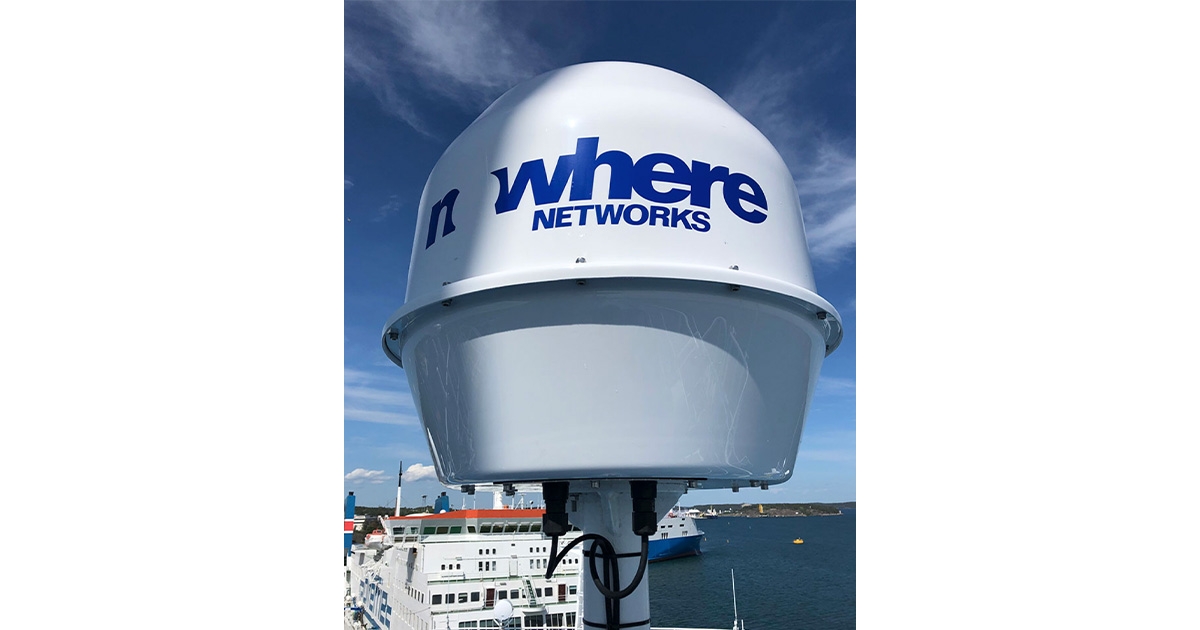 Swedish Nowhere Networks’ goal: to cover all northern coastal areas in the Mediterranean Sea with broadband connectivity by the end of 2023, starting in Greece. Nowhere Networks provides a complete solution with much higher capacity and reliability than satellite connectivity at a fraction of the cost.

Every year, millions of passengers travel by ship in the Mediterranean, many of them international cruise tourists who anchor in famous ports in Greece, Italy, Spain – to name but a few – before going back to sea again. In addition to the cruise ships, there are thousands of ships in the Mediterranean which run regular services between islands and cities.

“Our land-based network for connectivity at sea is already the largest in the world. Now we are expanding it to Greece, Italy and Spain. We see great potential as these are large markets and the demand for broadband connectivity is universal,” says Asbjörn Frydenlund, CEO, Nowhere Networks.

Until now, the only broadband option at sea has been internet via mobile near land, and via expensive satellite connection at sea. Satellite connectivity can cost shipping companies up to a 1,000 euros per month per megabit, for a capacity on the ships which is rarely sufficient. Nowhere Networks’ solution has already been implemented by two ferry companies in Greece with great success.

“The demand for secure and cost-effective broadband is enormous. This is a game changer for all customers involved, as we are building broadband capacity to ships at a level no one thought possible. We already cover most of the sea routes in Northern Europe, the Mediterranean is the continuation of our rapid expansion,” says Asbjörn Frydenlund.

To achieve long range and high capacity, Nowhere Networks uses high-placed powerful directional antennas on land and on ships. It ensures high speed and fast response time. It's basically the same technology that mobile operators use to link their mobile masts together, but with moving targets at one end in the form of ships. Nowhere Networks combines its mobile and stabilized antennas with cloud-based software that continuously monitors, adjusts, and ensures that ships get the best possible connection.