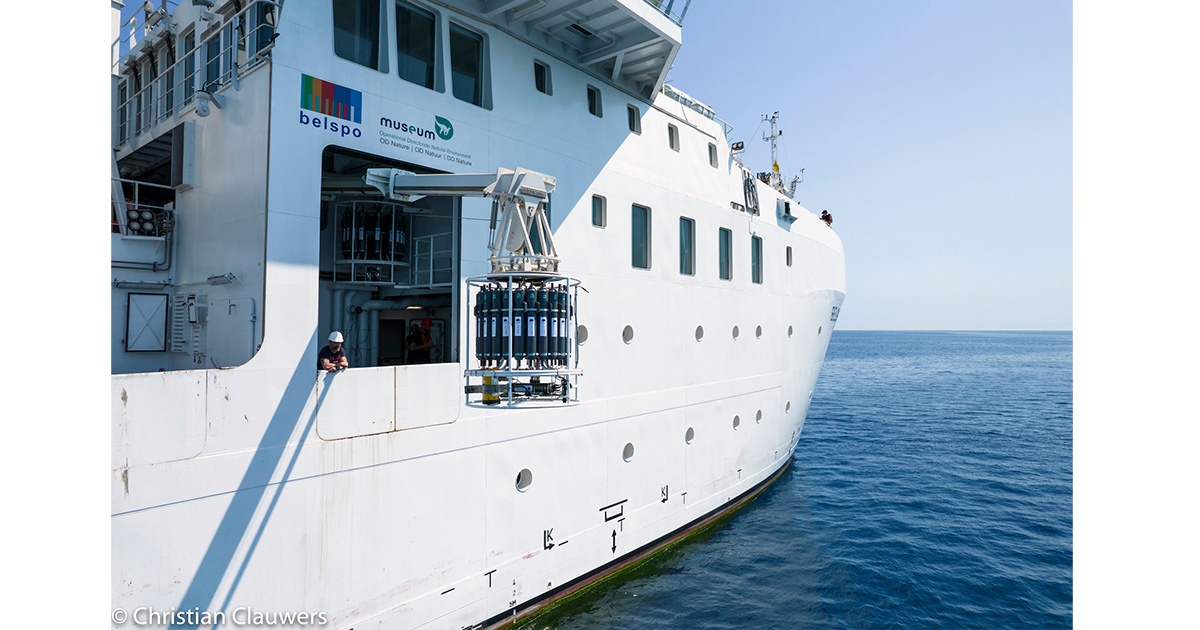 When picturing a cruise through the Mediterranean Sea, most of us probably imagine a relaxed holiday filled with sunbathing, delicious dining and visits to iconic Mediterranean coastal cities.

For scientists, it doesn’t work like that. Picture an alarm clock going off at 4 am and watching the sunrise while operating sophisticated, high-precision oceanographic equipment - and there is no room for error!

This was the everyday life of the research crew on the TAIPro2022 cruise in May 2022, aboard the RV Belgica. “When I first started this job, I knew I would have to sleep when I am not tired and eat when I am not hungry. Even so, after I had done my first cruise, I knew this was the job I wanted to do,” says Dr. Katrin Schroeder, chief scientist aboard the research vessel.

The group of European ocean scientists embarked on this intense journey to answer pressing questions about climate change - particularly, how carbon is being absorbed by the Mediterranean Sea and how changing climate is affecting oxygen levels in the ocean depths. They set off on what is called a repeat hydrography cruise - a route repeated approximately every 5 to 8 years to observe changes occurring through time that allows a deeper understanding of trends and the ability to better forecast the impacts of climate change.

Collecting various data from sea surface to bottom, including temperature, salinity, dissolved oxygen, carbon and more, the research crew worked around the clock. “The ship works 24/7, and there’s almost no distinction between what you do during the day and during the night,” says Dr. Schroeder. Such research vessels are expensive to operate, which means the crew has to make the most of all the hours in the day - science does not run on 9-to-5 shifts at sea. 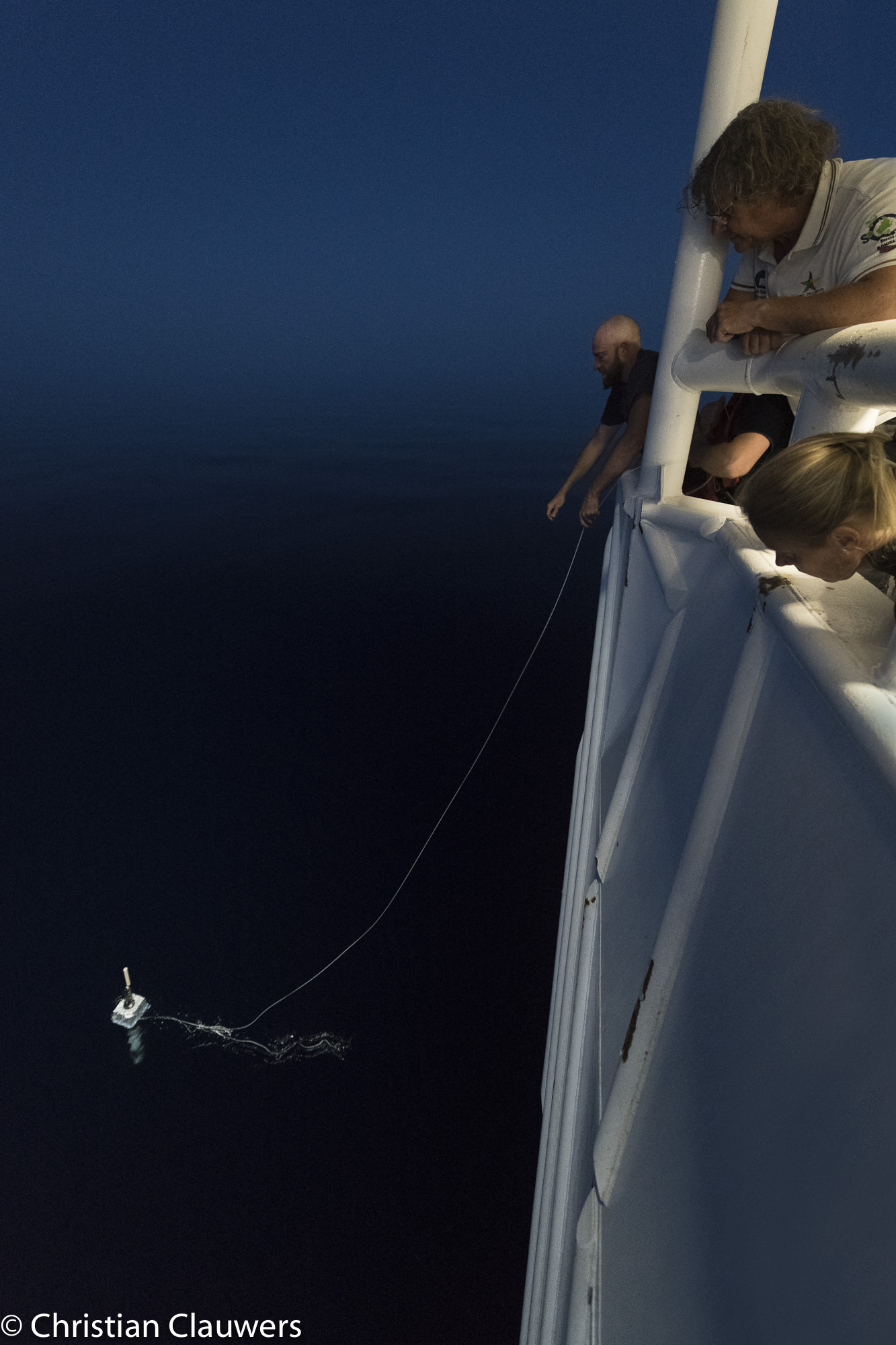 Day and night, a group of scientists are gliding through a special route across the Mediterranean Sea, stopping every 25 nautical miles to measure important parameters, from the surface to the 3 km deep bottom. They undertake this journey every 5 to 8 years - not only to document the effects of climate change today, but also to witness what awaits in the near future.

The TAIPro2022 cruise focused in particular on studying and measuring human-emitted carbon levels in the ocean. “It is important to know whether the Mediterranean basin is accumulating carbon from the atmosphere or releasing it,” says Dr. Schroeder.

Carbon dioxide (CO2) released to the atmosphere from human activities is a primary driver of climate change. The ocean acts as an important sink of this “extra” anthropogenic CO2, taking up roughly ¼ of our annual CO2 emissions and storing it in the depths. But as the ocean is warming, its CO2 uptake is reduced, and the rate at which anthropogenic CO2-enriched surface water can be stored in the deep ocean is diminishing. This puts our vital carbon sink at risk.

The Integrated Ocean Carbon Research Report, published in 2021 by the Intergovernmental Oceanographic Commission of UNESCO, shows that scientists have yet to unravel how exactly the ocean’s CO2 uptake will be altered as climate change progresses. Such information on how much carbon an ocean basin is accumulating, and whether it could ever reverse the dynamics toward releasing carbon, is highly important to take into account, for example, when calculating carbon budgets.

“Carbon scientists have developed ways to estimate the anthropogenic carbon content in deep seas and oceans. In the case of the Mediterranean Sea, the best available estimates indicate that anthropogenic carbon has already reached the bottom waters of this basin, and its uptake seems to be higher than what happens in the bigger ocean basins” says Dr. Schroeder. “And although we are still uncertain about the impacts this will have on the Mediterranean, one thing is clear: the Mediterranean is changing, and it is changing much faster than the oceans,” she adds. 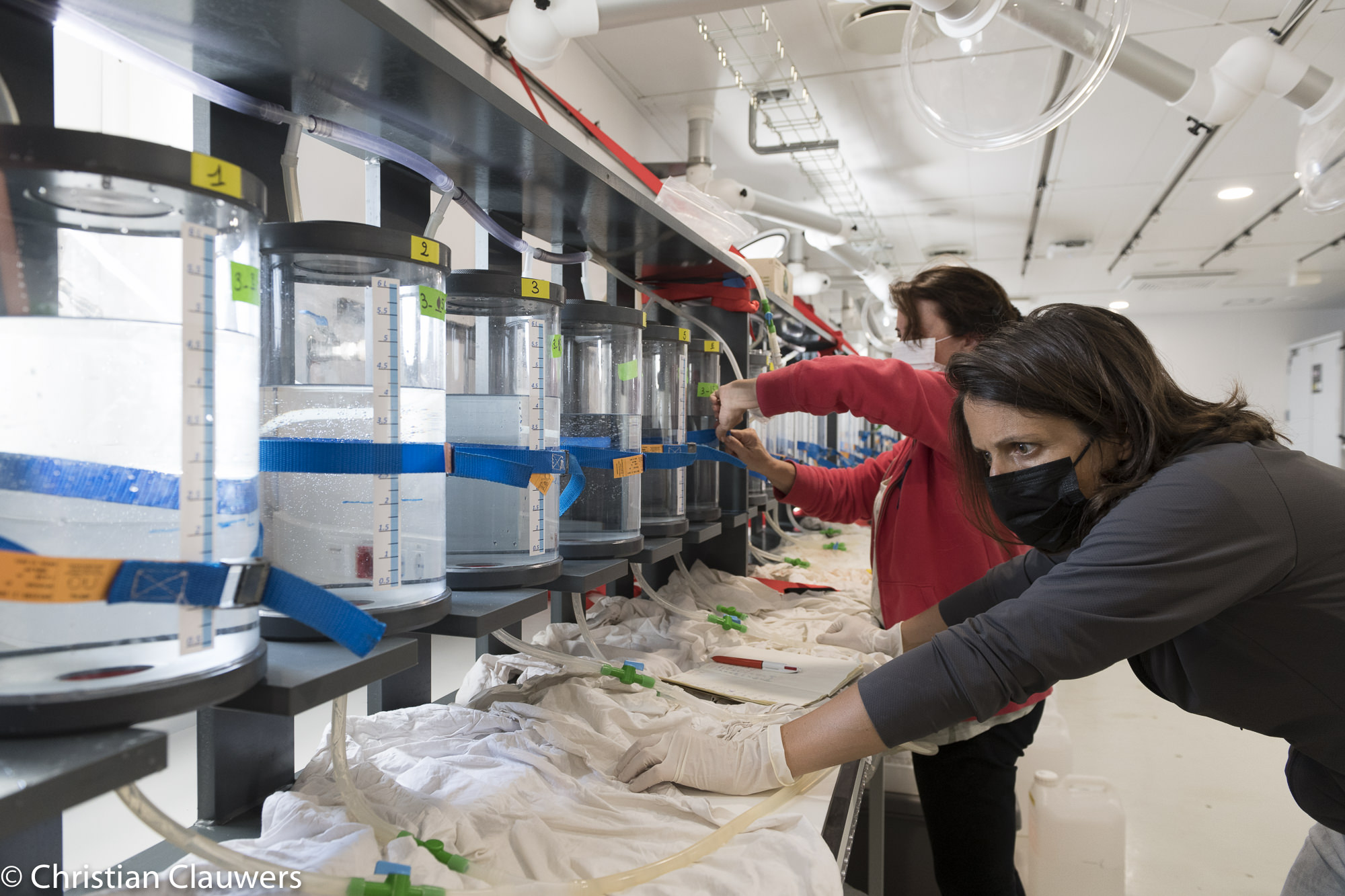 Studying processes that keep the ocean alive and in movement

“For example, the thermohaline circulation that keeps the ocean alive and in movement, sometimes called the ocean conveyor belt, is also present in the Mediterranean,” she adds. It is another process that repeat hydrography cruises like TAIPro2022 seek to learn more about.

The global importance of thermohaline circulation is immense. These currents not only affect our climate, but are also responsible for transferring oxygen into the deep water layers, sustaining ecosystems which we depend on for food. Without this constant movement of the water, deep ocean ecosystems would be left without oxygen. Unfortunately, climate change is also impacting this system.

“One of our aims was also to see if the deep ocean ecosystems are now getting less oxygen, which is a fundamental requirement for marine life. The dense water formation that pushes the thermohaline circulation, supplying oxygen, is induced by cold temperatures during winter. If the water is too warm due to climate change, the cooling during winter may not be sufficient to allow the basin to form the same amounts of dense water,” says Dr. Schroeder. This would result in a reduced ventilation of the deeper ocean layers.

Because the Mediterranean serves as a smaller model for large scale ocean processes, the changes observed there allow scientists to anticipate changes on a larger scale and improve ocean predictions. “The signal of climate change is transferred into deep water much faster here than what we can observe in the bigger ocean basins, like the Atlantic,” adds Dr. Schroeder.

Even so, until recently the Mediterranean basin has largely been neglected by global-scale international programs. But through the TAIPro2022 and many similar cruises, the Med-SHIP program aims to change that.

Med-SHIP is the Mediterranean edition of GO-SHIP, one of the 13 Global Ocean Observing System (GOOS) networks that brings together scientists and other users and collectors of hydrographic data to develop a globally coordinated network, focusing on basin scale changes throughout the full water column.

“The GO-SHIP component of GOOS is providing full ocean depth observations of the highest possible accuracy and quality, which means they can be used as references for other networks that have more frequent, but less accurate observations,” says Toste Tanhua, GOOS co-chair.

The ocean observing effort made through the Med-SHIP program is monitored in real-time by OceanOPS - the operational center of the Global Ocean Observing System - ensuring the information and data are open-access and can be freely accessed by users in operational services, climate and ocean health.

“Forming part of the Global Ocean Observing System also allows you to get in contact with a lot of international experts, you are not just closed within your regional scientific community. This gives more opportunities for collaboration,” says Dr. Schroeder.

What does the future hold for the vital work of the Med-SHIP ocean observing cruises?

Dr. Schroeder says the TAIPro2022 cruise was made possible thanks to funding from the Eurofleets+ project, as well as the Mediterranean Science Commission (CIESM). The Med-SHIP program aims to continue repeating the cruises every 5 to 8 years, and securing funding will be key to collecting the data that will allow us to observe the impacts of climate change in the Mediterranean as well as learn about what awaits our vast ocean in the future.

The Global Ocean Observing System (GOOS) is the global home of ocean observing expertise. We lead and support a community of international, regional and national ocean observing programmes, governments, UN agencies, research organizations and individual scientists. Our Core Team of expert panels, networks, alliances and projects supported by a GOOS Office is in touch with ocean observing and forecasting around the world. We are an Intergovernmental Oceanographic Commission (IOC) led programme with UN and science co-sponsors: World Meteorological Organization (WMO), UN Environmental Programme (UNEP) and the International Science Council (ISC).

The Intergovernmental Oceanographic Commission (IOC) of UNESCO promotes international cooperation in marine sciences to improve management of the ocean, coasts and marine resources. The IOC enables its 150 Member States to work together by coordinating programmes in capacity development, ocean observations and services, ocean science and tsunami warning. The work of the IOC contributes to the mission of UNESCO to promote the advancement of science and its applications to develop knowledge and capacity, key to economic and social progress, the basis of peace and sustainable development.