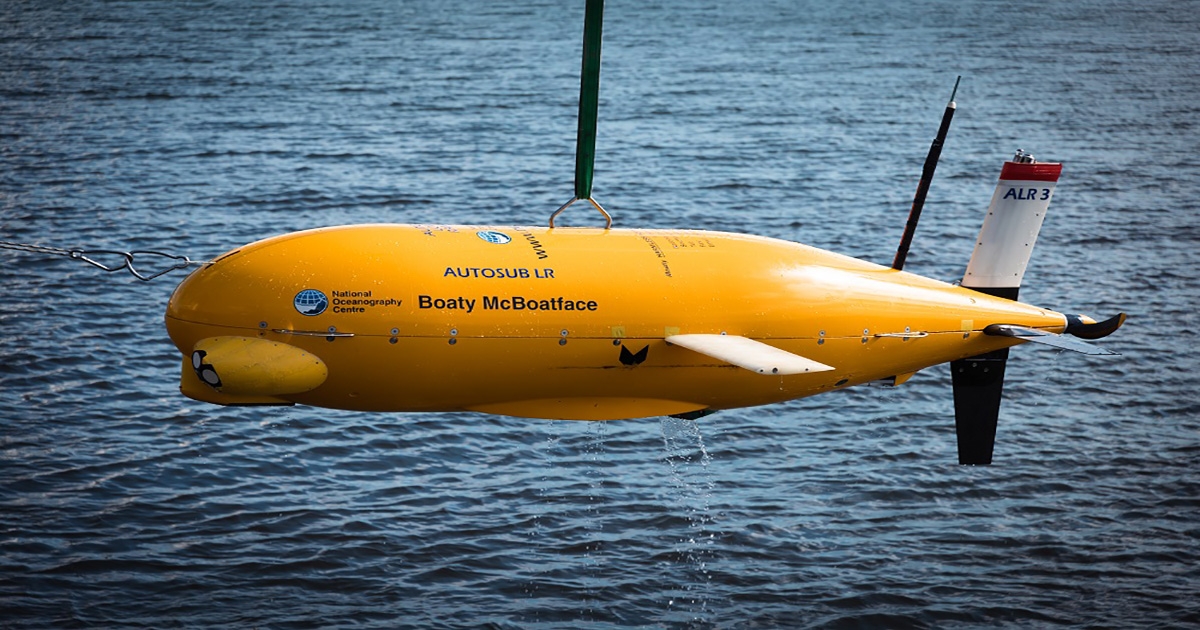 The ALR performed two separate missions, travelling 1013 km over 21 days. Although powered by rechargeable batteries, in these missions ALR used the equivalent energy in just 2 litres of fuel, making the ALR’s fuel economy equivalent to an incredible 1120 miles per gallon of diesel.

Project lead for AT-SEA, Dr Daniel Jones from NOC, explained: “Through the success of the AT-SEA mission, we have demonstrated how this leading robotic technology from NOC could be used worldwide to support crucial ocean monitoring, whilst drastically reducing carbon emissions. Autonomous submarines offer many advantages over current approaches; improving the quality and quantity of environmental information while cutting the cost and environmental impact for a survey ship and its crew.” During the mission, ALR captured high-quality images with BioCam, a unique and low power 3D visual mapping system that can obtain highly detailed colour images and topographical measurements of the seafloor, developed by project partners at the University of Southampton.

Blair Thornton, Professor of Marine Autonomy at the University of Southampton, said: “Our focus was on how to monitor these types of infrastructures in more effective, environmentally friendly and scalable ways.”

Developed as part of NERC funded NOC-led Oceanids programme, BioCam is a system of multiple cameras, lasers and strobes, that can gather high resolution 3D visual reconstructions of seafloor terrains over extremely large areas. During AT-SEA, the system was mounted to the ALR and was used to survey the seafloor at depths of more than 100 metres.

Normally, autonomous underwater vehicles would be launched and recovered from a ship out near the survey site, but for the AT-SEA mission the ALR was launched from shore for 21 days without a ship to support the operations. In comparison to conducting the same research using an oceanographic research vessel, the ALR used vastly less fuel, making these ocean robots a central part of the future net zero oceanographic research infrastructure.

“The operational team was able to communicate with the robot via satellite from our offices in Southampton. We could keep track of the quality of data being gathered using algorithms onboard BioCam, and know of any risks or hazards to the vehicle mission. This rapid, remote awareness of the data allowed mission parameters to be updated as needed while the robot was still out on its own at the sites.”

In addition to the capturing images, ALR successfully gathered key data on water, pollutants and currents.

There are currently thousands of oil and gas structures in the sea that are approaching the end of their lives – in UK waters alone there are nearly 500. To ensure that no harmful effects will occur to the marine environment, decommissioning operations need to be supported by an environmental assessment and subsequent monitoring. The approach proven in the AT-SEA mission offers a low carbon solution to environmental monitoring, which will enable substantial reductions in emissions of greenhouse gasses over the traditional approaches, helping the industry move towards net-zero.