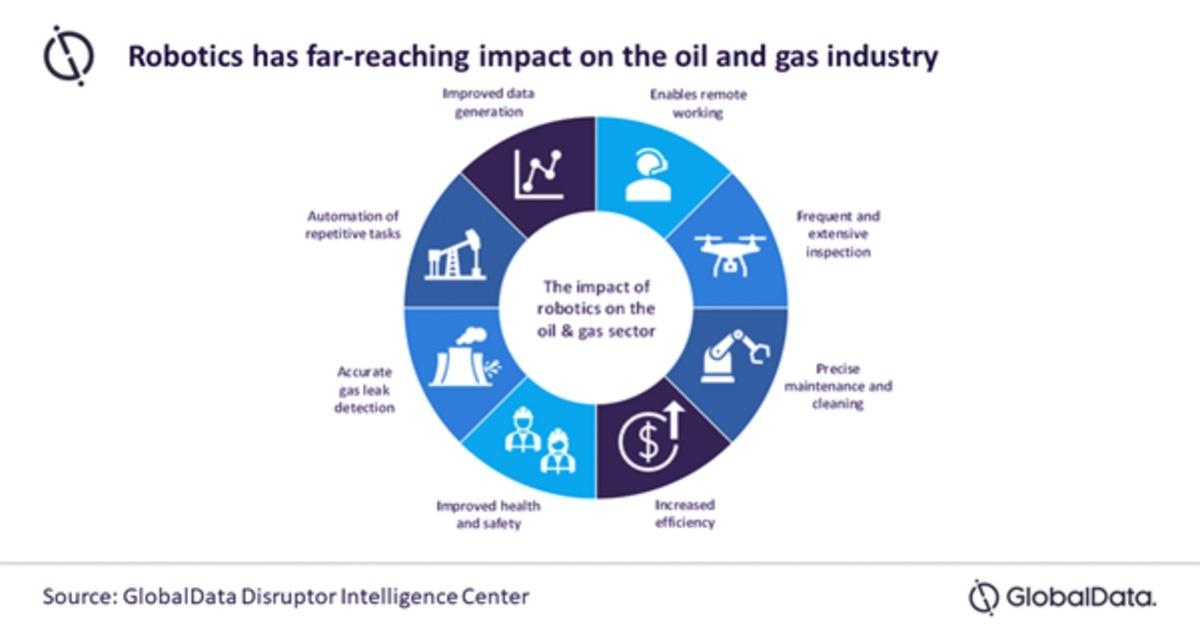 The single major advantage of robotics is automation, which drives other improvements in efficiency, productivity, and safety. Automation enables extensive inspection and maintenance tasks to be conducted while feeding back data to help limit operational costs and improve efficiency.

Advances in modular and customizable robots is expected to result in growing deployment of robotics in the oil and gas industry, says GlobalData, a leading data and analytics company.

GlobalData’s thematic report, ‘Robotics in Oil & Gas’, notes that, while robotics has been a part of the oil and gas industry for several decades, growing digitalization and integration with artificial intelligence (AI), cloud computing, and Internet of Things (IoT), have helped diversify robot use cases within the industry.

Robots have applications across the oil and gas industry in various tasks ranging from surveys, material handling, and construction, to inspection, repair, and maintenance. They can be customized for various tasks to ease the work and improve efficiency. During the planning phases of an oil and gas project, robots can be deployed to conduct aerial surveys, or they can be employed to conduct seismic surveys during exploration. Aerial or underwater drones can be adopted depending upon the project location and work requirements.

Fernandes continues: “Robotics is a fast-growing industry. According to GlobalData forecasts, it was worth $52.9 billion in 2021 and will reach $568 billion by 2030, recording a compound annual growth rate (CAGR) of 30%. Robots will be the industry’s growth engine, and the oil and gas sector will greatly benefit from emerging use cases.”

Data analytics and robotics improve insight obtained from surveys and surveillance exercises. This symbiotic relationship between robotics and wider digitalization technologies is expected to be further evolve through collaborations between technology providers and oil and gas industry players.

Fernandes concludes: “The volume of robotics use cases in the oil and gas industry is expected to grow rapidly, in tow with digitalization. Industrial robots with analytical support from digital technologies is expected to become the mainstay across the oil and gas industry, especially in the upstream sector, where personnel safety and operational security concerns are heightened.”