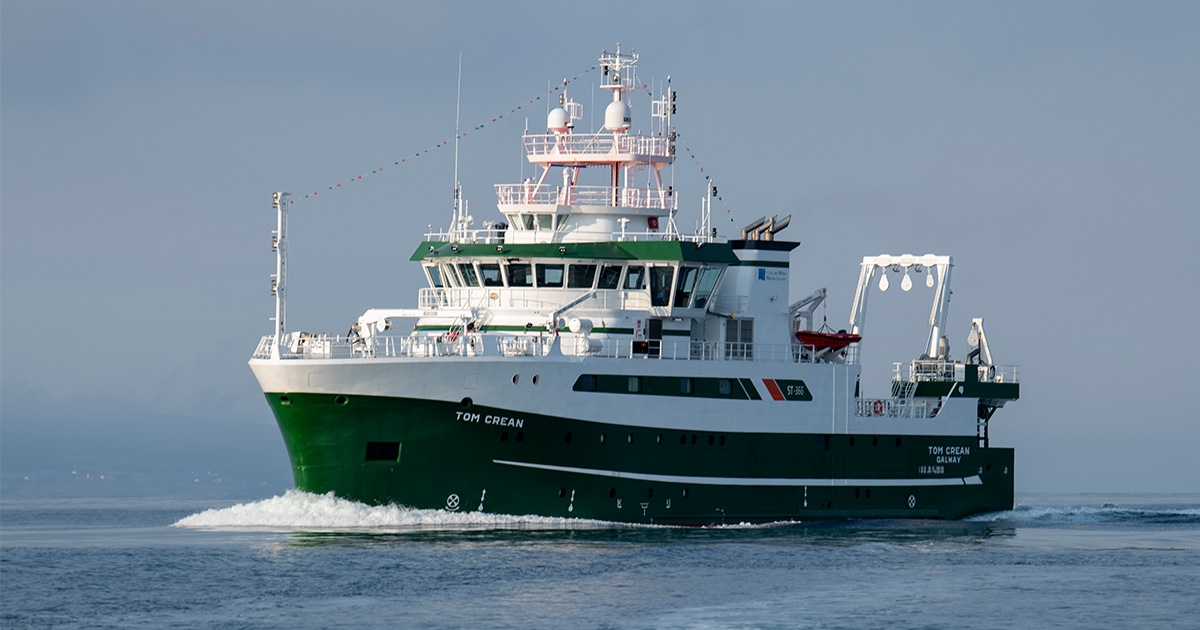 Delivered in July, the 52.8 m-long vessel delivers significantly enhanced capability to Ireland’s Marine Institute and other state agencies and universities.

The RV Tom Crean provides up to 3,000 scientist days per year for fisheries surveys, seabed mapping, deep water surveys, oceanographic and environmental research. The Ranger 2 USBL positioning system selected for the RV Tom Crean will play a key role in underpinning the delivery of these ocean services on a national level.

Ranger 2 can accurately track and simultaneously communicate with multiple underwater scientific instruments, vehicles or towed platforms, at ranges up to 10,000 m depending on its configuration. 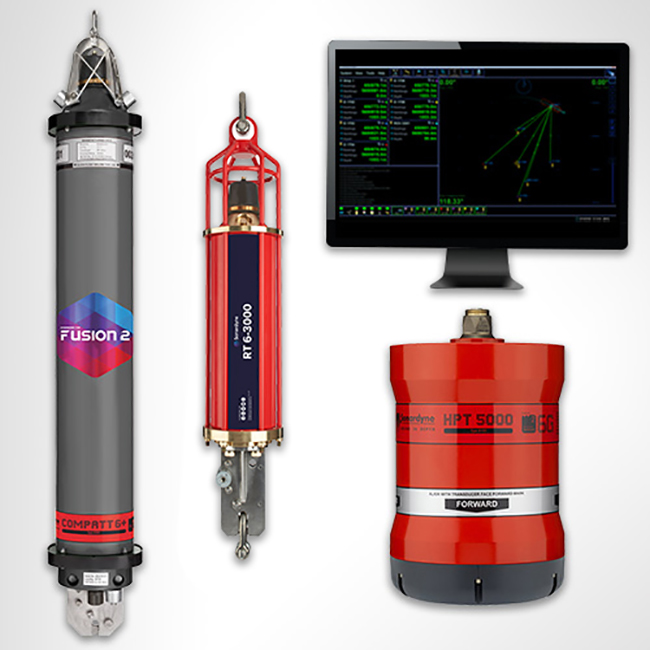 For vessels equipped with a dynamic positioning system, Ranger 2 also can provide accurate and repeatable position referencing, in any water, without interrupting target tracking operations.

The equipment supplied to the RV Tom Crean includes a through-hull deployed HPT 5000 USBL transceiver, control room hardware and software, and a deep rated WSM 6+ transponder, a popular choice for tracking targets out to 4,000 m range.

In its primary role, the RV Tom Crean’s science crew will use Ranger 2 to precisely monitor the position of any underwater platform deployed from the vessel. This includes the Marine Institute’s remotely operated vehicle (ROV) Holland 1, autonomous underwater vehicles (AUVs), CTDs (conductivity, temperature and pressure sensors) and towed sleds and dredges, together with any equipment temporarily embarked to support science cruises.

Furthermore, the vessel will be able to share its underwater tracking and communications hardware with another of the institute’s vessels, the RV Celtic Explorer, because it also has Ranger 2 on board. The RV Celtic Explorer has used a Ranger 2 system to great advantage since 2011, so much so that the Ranger 2 for the RV Tom Crean was one of the first items of science equipment to be procured.

Aodhan Fitzgerald, Research Vessel Operations Manager at the Marine Institute, says, “The Sonardyne Ranger 2 USBL system on the RV Celtic Explorer has served us well over the past decade, supporting some exciting scientific research. Consequently, the installation of Ranger 2 on the RV Tom Crean is a big increase in capability and considerably increases our flexibility to support the diverse community that use our ships for research.”

Geraint West, head of science at Sonardyne, says, “Ranger 2 USBL is in service with national and not-for-profit ocean institutes the world over, supporting operations ranging from seafloor geodesy through to autonomous underwater vehicle (AUV) survey missions, in any ocean, in any water depth. Its capability and flexibility is invaluable to marine scientists and oceanographers where efficient use of vessel time and accuracy of observations are paramount.

“In a year when our Ranger 2 technology was used to help find the wreck of Ernest Shackleton’s Endurance in the Antarctic, it’s a timely entrance for the RV Tom Crean. He was one of Shackleton’s right-hand men and is often unsung outside of Ireland. Crean was known for his dependability, resourcefulness and inspiration to others – an inspired choice then for the Marine Institute’s new vessel.”

The RV Tom Crean was designed by Norwegian ship design consultants Skipsteknisk AS and built by Spanish shipyard Astilleros Armon Vigo S.A. It will be a modern, multipurpose, silent vessel, be able to go to sea for at least 21 days at a time, including in harsh sea conditions. The vessel replaces the 31 m Celtic Voyager, which was Ireland's first purpose-built research vessel when it was commissioned in 1997.