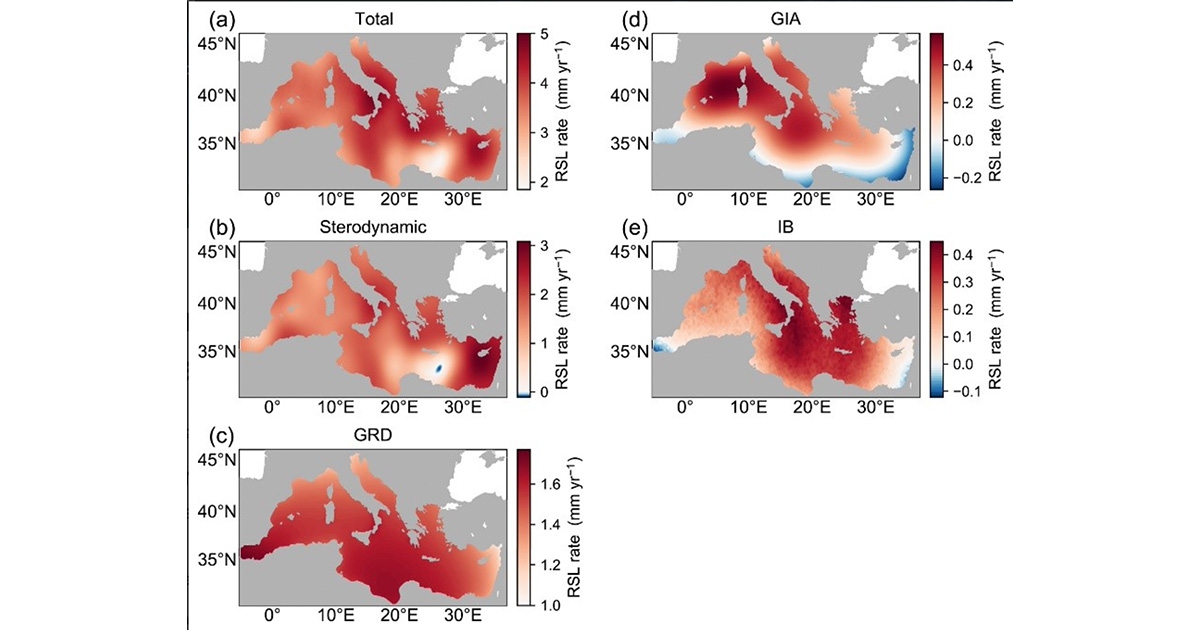 Scientists from the National Oceanography Centre have discovered a substantial rise in sea-levels in the Mediterranean Sea, using a vital new method to measure changes in sea-level.

The study, published in Journal of Geophysical Research Oceans, demonstrated that sea levels in the Mediterranean Sea have risen at vastly higher rates over the past 20 years compared to the entire of the 20th century.

The study revealed that sea level in the Mediterranean Sea increased by about 7cm in the period 2000–2018. Previous changes in sea-level rise in the Mediterranean Sea have been highly unpredictable due to limited observational data but using this latest method, scientists analyzed sea-level data from tide gauges and satellites to reveal an enormous increase as a result of ocean warming and land ice-melt.

Dr Francisco Mir Calafat, Senior scientist from the Marine Physics and Ocean Climate group at the National Oceanography Centre, said: “Our research demonstrates how climate change has sped up sea-level rise in the Mediterranean significantly since the turn of the millennium through increased melting of land ice. This is especially true in the Adriatic, Aegean and Levantine Seas which are rising even faster than the rest of the Mediterranean.”

The previous lack of long-term sea-level records has hampered the ability to make long-term plans for local coastal defenses.

Dr Calafat continued: “This is the first time we are able to clearly distinguish between natural variations in sea-level rise and changes arising from sustained human impact in the Mediterranean Sea, based on observations alone. We have achieved this by analyzing data from tide gauges and satellite altimetry together with sea-level patterns of response to land-ice melting, which explain how sea-level rises thousands of miles away from melted land ice sheets.”

“The new estimates will allow us to detect acceleration in sea-level rise much earlier, allowing more time to increase adaptation. We expect this new dataset will be extremely valuable not only to the wider science community, but to policymakers, coastal planners, and coastal communities at large.”

The new datasets will help local authorities with planning coastal defenses that protect local communities, as well as better determining the most appropriate levels of protection required in certain areas.

Being able to accurately project regional sea-level rise is critical to ensuring the correct coastal adaptation strategies are developed and implemented. As one of the most vulnerable regions susceptible to climate change, the Mediterranean’s World Heritage sites are already at risk from coastal flooding and erosion.

This research was funded by the EuroSea project, that received funding from the European Union's Horizon 2020 research and innovation program under grant agreement No 862626.