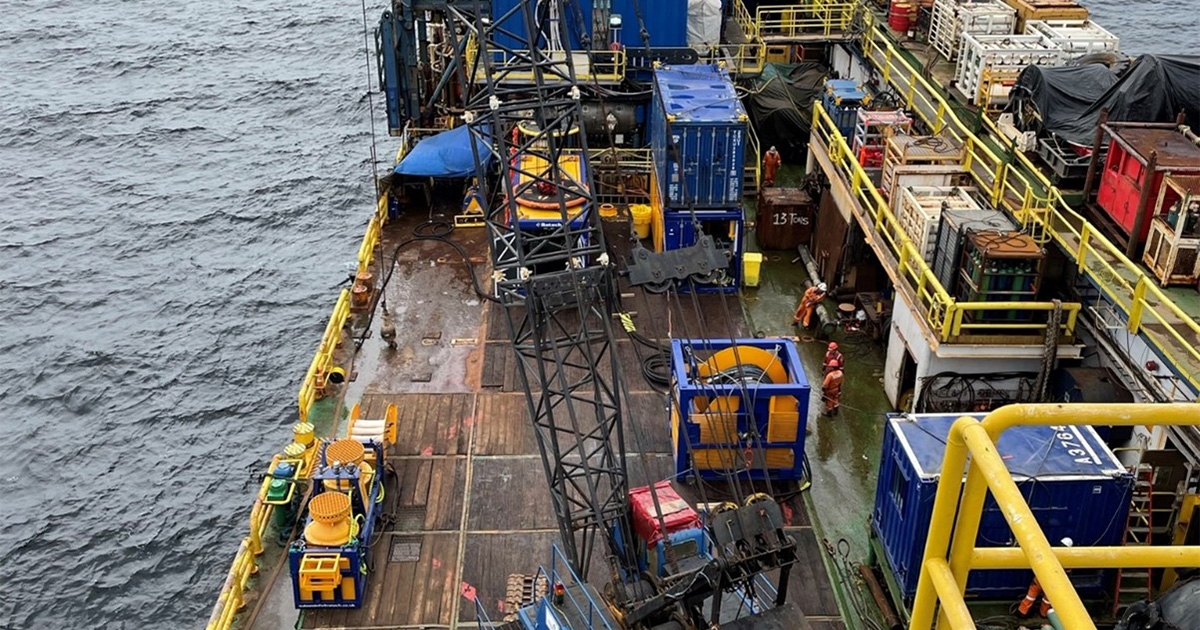 As part of a recent ramping up of activity in the Americas, Aberdeen-based Rotech Subsea mobilized its state-of-the-art TRS1 CFE spread in June 2022 for a location off-shore Trinidad & Tobago to execute the work scope.

Operating at water depths of between 17-27m, in loose sand and soft clay, the TRS1 tool buried 16km of 203mm diameter subsea gas pipeline linking a well and platform to a minimum depth of 0.5m (TOP). Deployed by vessel crawler crane, the suspended jet trenching tool was guided along the pipeline route using two pneumatic tugger winches positioned forward and aft of an anchor barge. Rotech Subsea provided the winches, fairleads and compressor to power both winches, which were tested to 5 Te once securely sea fastened. The scope was successfully completed in 7 operational days, well within the 10 days scheduled.

“We are delighted to deliver this pipeline burial scope for valued client, Sapura. With projects also being delivered in North America, it marked a further foray into the region for Rotech Subsea.

“For carrying out this project our team adapted our operating protocols to accommodate use of an anchor barge. We completed the project ahead of schedule with the pipeline lowered to approximately 1m, giving a typical TOP of 0.8 m to 0.9 m.”

Rotech Subsea’s in-house research, development and engineering team has created a suite of 18 sector-leading non-contact CFE, Suspended Jet Trenching tools. With enhanced capabilities, Rotech Subsea’s CFE suite of tools is firmly established as the method of choice for offshore wind farm cable trenching and excavation in Europe and beyond.