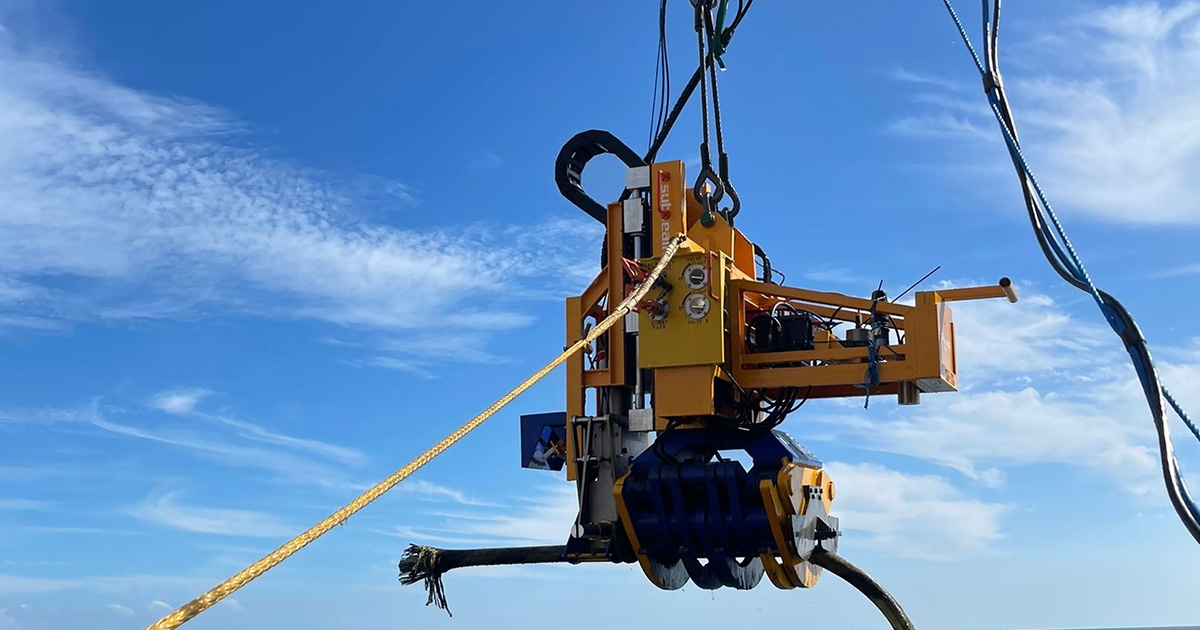 The Aberdeen-based subsea jet trenching & excavation specialists was tasked with cutting and recovering a 165mm diameter subsea cable in two locations at water depths of 16-25m. Deployed by vessel crane, the state-of-the-art RSG-C tool was controlled using a single deck winch routed through a fairlead at the aft of the vessel.

Guided by the vessel’s DP positioning system, a USBL transponder on the tool - along with a survey navigation screen set up in the Rotech control cabin - gave the Rotech crew real time visibility of the tool’s location throughout the operation. A tool-mounted sonar imager allowed the tool to locate the cable and once secured by the grab function of the tool, and inspected using an onboard camera and subsea lights, it was cut and recovered. Operations were assisted by a client-owned ROV which provided a live video feed of the operations.

“This was another successful deployment for our RSG-C tool which was developed and built in-house. Both cuts to the cable were completed in under 10 minutes and the efficiency of the operation, and in particular the combination of cutting and recovery in a single tool, saved the client a significant amount of time over other proposed methods to complete the scope."

Rotech Subsea’s research, development and engineering team has created the suite of sector-leading non-contact CFE, Suspended Jet Trenching tools in-house at its Aberdeen HQ. With enhanced capabilities, Rotech Subsea’s CFE suite of tools is firmly established as the method of choice for offshore wind farm cable trenching and excavation in Europe and beyond.