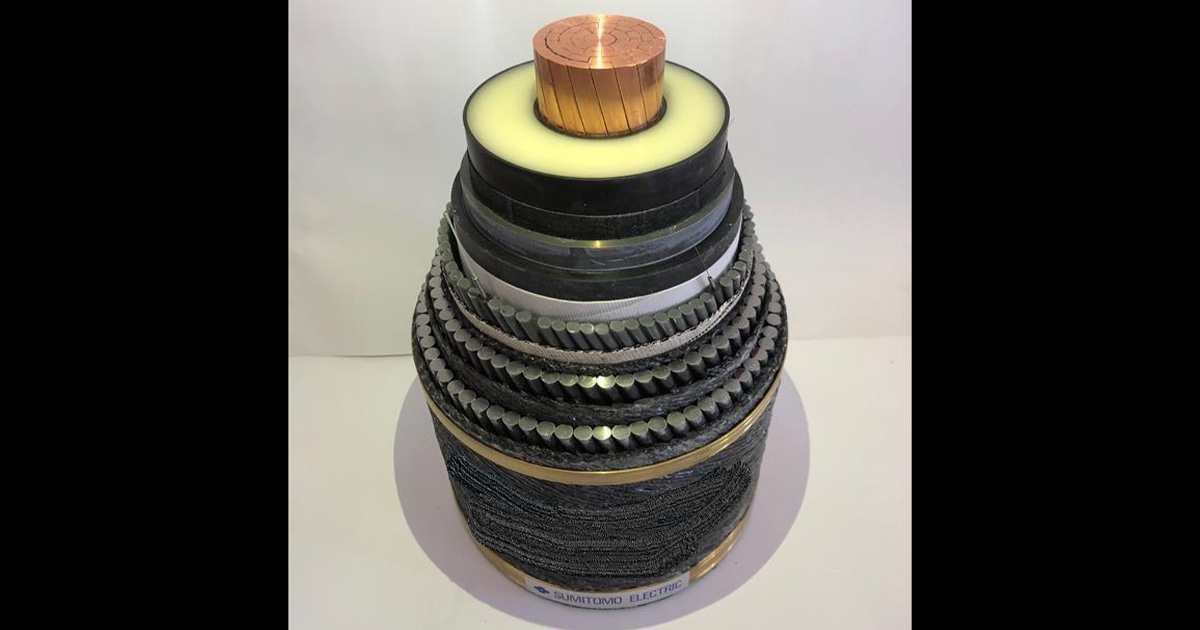 Sumitomo Electric has recently completed a long-term test for its 525 kV DC XLPE submarine cable system, which can supply the industrial highest voltage for XLPE cables.

This system is capable of operating at 90°C and transmitting large capacities exceeding 2 GW, thanks to the Company’s unique cable insulation technology using DC-XLPE compound and special fillers. Also, its cable system has been qualified with flexible factory joint, offshore joint and transition joint to onshore cable, which will enable us to propose a better solutions to projects which require long-distance and large-capacity power transmission.

In response to decarbonization policies in various countries, there has been a boom in the launch of renewable energy projects such as offshore wind power generation and the construction of interconnectors between countries and regions. Japan is also expected to see an increase in demand for power cables as the construction of a domestic power grid is under consideration.

In developing new classes of high-quality products including DC power transmission cables, Sumitomo Electric will further promote the expansion of power cable systems that contribute to the spread of renewable energy including offshore wind power.