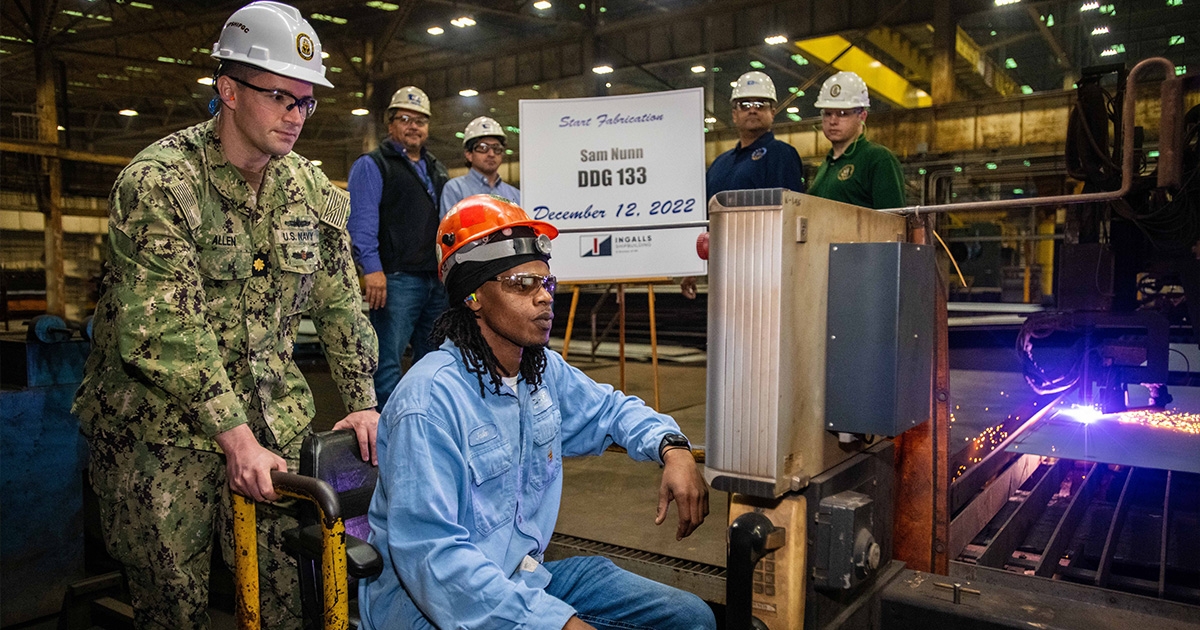 The start of fabrication signifies that the shipyard is ready to move forward with the construction of the ship and that the first 100 tons of steel have been cut.

“Our shipbuilders are very proud of our DDG 51 production line work,” said John Fillmore, Ingalls Shipbuilding DDG 51 program manager. “Starting another Flight III destroyer gives Ingalls and all of our Navy and industry partners the opportunity to share years of knowledge and best practices as together we continue to build this most capable platform for our nation. Our continued collaboration has become the hallmark of this program.”

Arleigh Burke-class destroyers are highly capable, multi-mission ships that can conduct a variety of operations, from peacetime presence and crisis management to sea control and power projection, all in support of the United States military strategy. Sam Nunn will be capable of simultaneously fighting air, surface and subsurface battles. The ship will contain a myriad of offensive and defensive weapons designed to support maritime defense needs well into the 21st century.