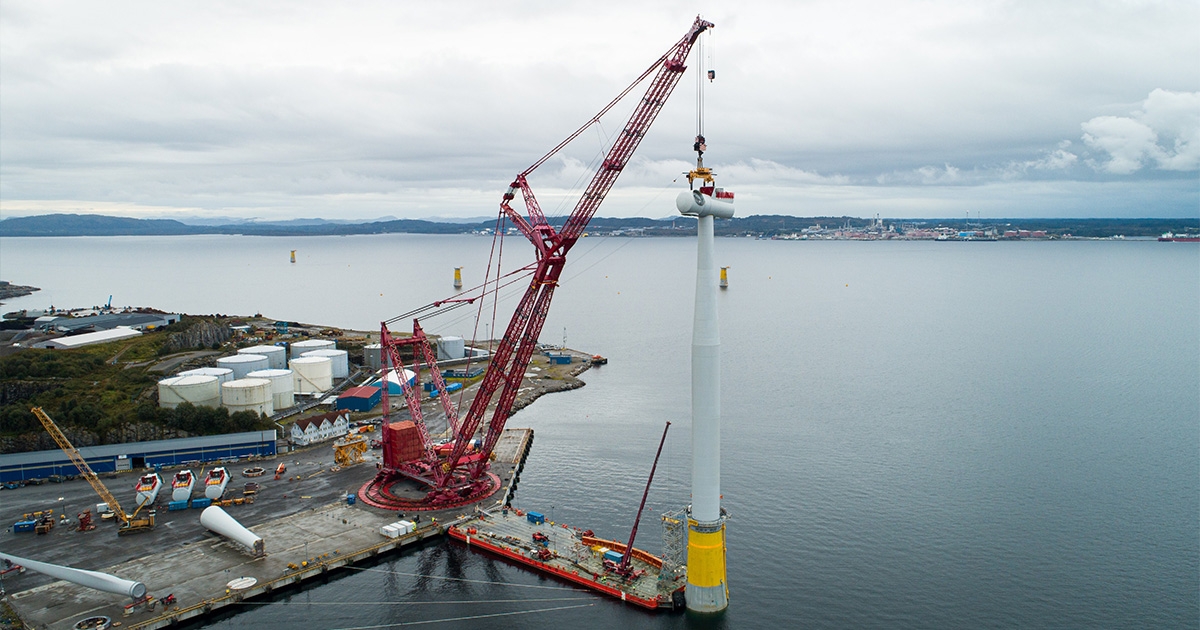 Floating offshore wind will be key to delivering cost-effective renewable energy to consumers. Equinor is leading the way in developing this technology with Hywind Tampen, the largest floating wind farm to date.

A smooth production line was needed from component load-in to turbine assembly, but deep foundations meant that lift capacity was needed far from the quay edge.

To reduce the CO2 emissions of its offshore operations, energy major Equinor planned to construct the world’s largest floating offshore wind farm. This project would be a significant step forward for the energy transition on its own – taken together, Hywind Tampen and Equinor’s earlier Hywind Scotland pilot project will generate around half of the world’s floating wind power.

The market is still developing, and although various component designs, installation techniques and deployment methods are being considered and prototyped, none have been commercialized at full scale. Floating foundations were required for this project as the water depth and seabed geology in the Tampen area made it impossible to install conventional fixed-bottom turbines.

A critical challenge was the work involved in assembling the entire 8.6 MW turbines – including tower sections, nacelles and blades - onto huge 107m spar buoys that lie mainly underwater. This needed to be performed in the controlled environment of a port – where the whole system could be kept as static as possible - before the completed turbines were towed out to their installation site. 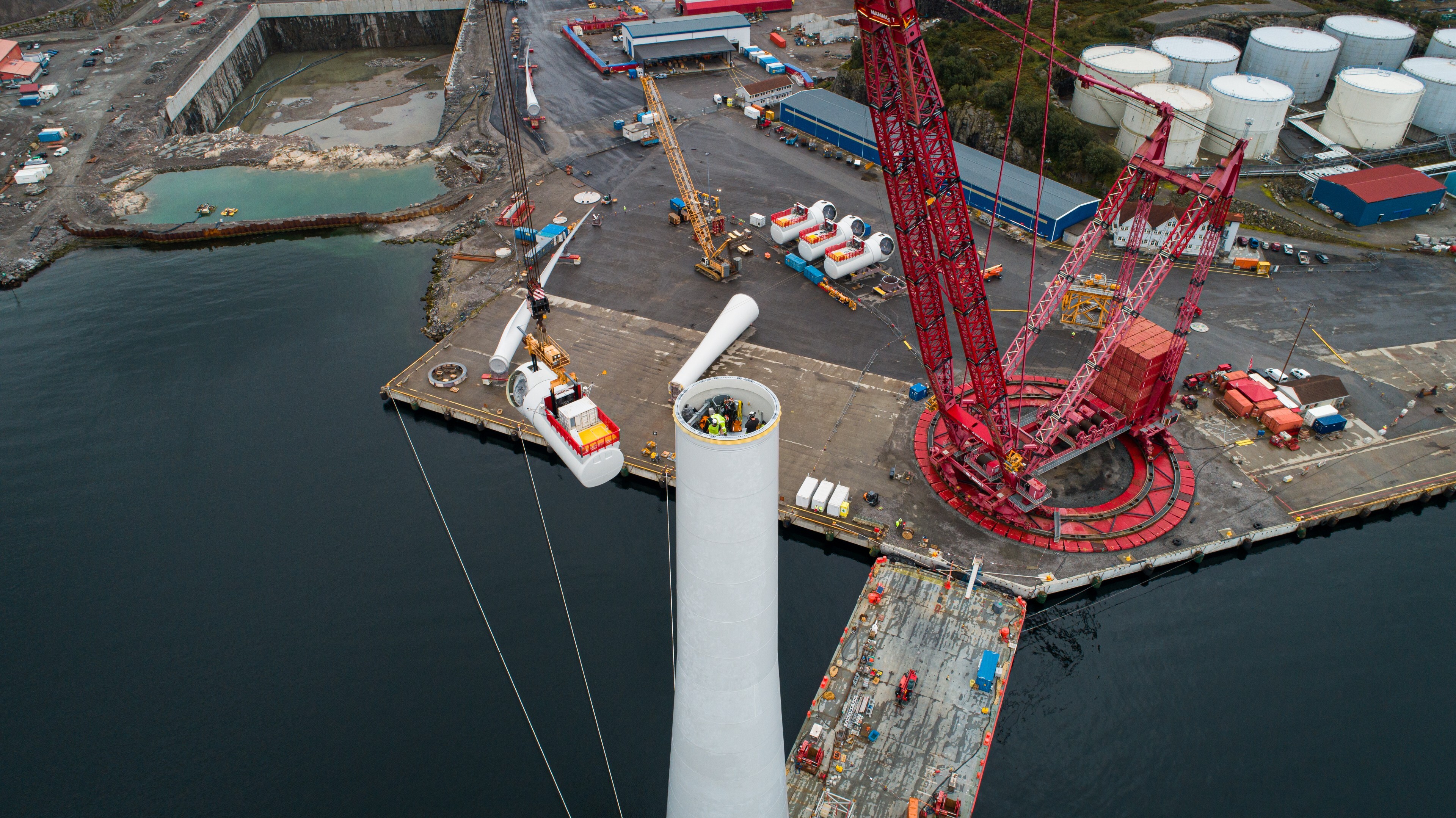 With such huge floating foundations, this port required an exceptionally large draft – ruling out jack-up vessels, which would be too short to assemble the turbine sections. Also, though conditions at Gulen Industrial Harbor were calm, using crane vessels would increase the complexity of assembly engineering, which would then require transfer between two floating objects. This could, in turn, delay the integration phase and lengthen the offshore installation campaign, increasing project costs. 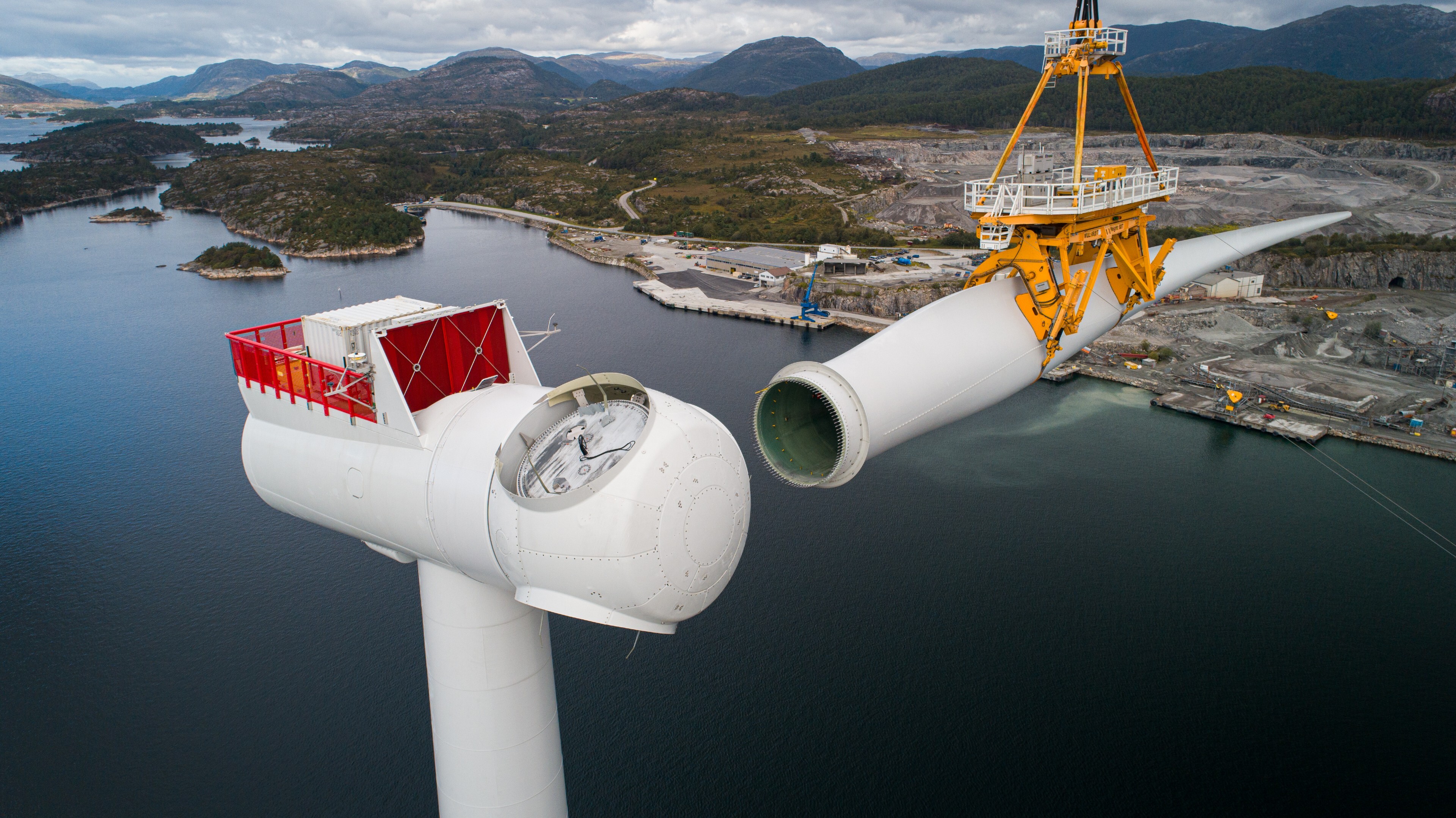 “We recognized that we would need a crane with a huge outreach to make the required lifts. The majority of land-based cranes in any fleet would not be able to achieve a 143m distance at these weights, but we knew that if it could be done the project would benefit significantly. This would create a smooth production line from marshalling yard to turbine assembly to commissioning - all at the same location - optimizing the use of offshore assets.

This led us to look at the use of our PTC 200-DS crane, which is proving to be in high demand for big offshore wind projects such as the Greater Changhua development in Taiwan and Seagreen Offshore Wind Farm in Scotland.

With the port confirming the quayside would be able to provide the required ground bearing pressures, we were able to put together a plan that would deliver a comprehensive package of port handling and assembly of all eleven turbines of Equinor’s development.”

In addition to the draft of the port, weather conditions also posed a challenge. Although large ring cranes are built to withstand strong gusts, components such as these - with a large surface area designed specifically to catch the wind - are another matter.

To counteract this, the PTC 200-DS was modified to ensure precise control of components even when winds were strong – meaning that there would be fewer potential stoppages due to the weather and the turbines could be completed sooner.

These modifications allowed the crane to work with third-party blade yoke and tugger winch systems, which orient the load under hook without the need for taglines operated by hand. This prevents damage to relatively delicate turbine blades, and increases levels of safety on site.

Besides lifting, strong port handling capabilities were required to receive tower pieces, nacelles and blades from vessels and store them so they could be retrieved quickly, maximizing utilization. Mammoet managed this scope, assuring the main lifting asset was in use for as much time as possible. 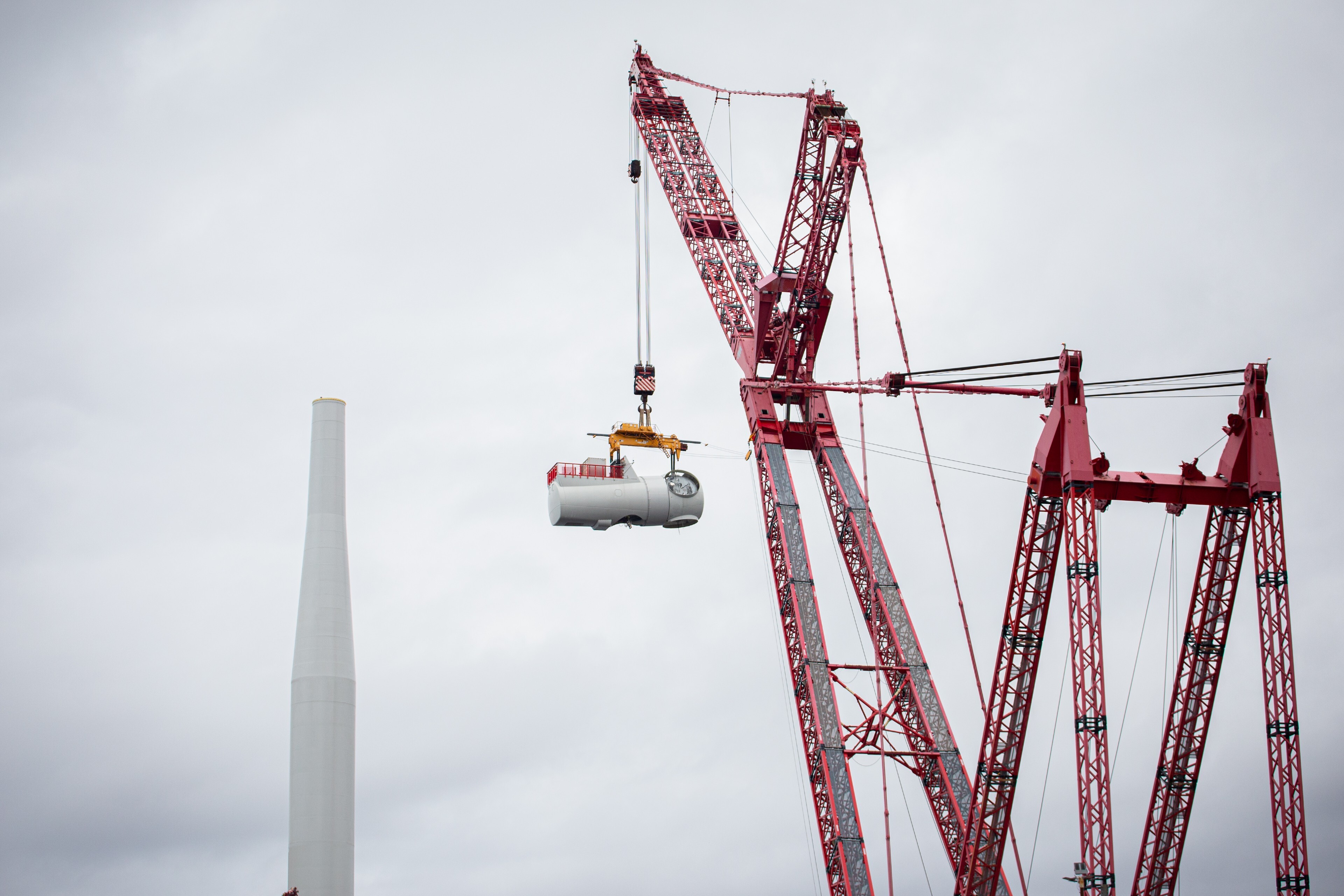 Alongside the PTC 200-DS, 24 axle lines of SPMT and a range of smaller cranes were used to handle the movement of components; as well as an LR1750 crane to assist the PTC during lifts that required rotation of components. This further helped to keep idle time as low as possible for all assets, minimizing handling maneuvers overall.

Tieman concludes: “Having worked on numerous large-scale offshore wind projects, we understand how important the logistics between port delivery and installation are to maintaining schedule. Our specialist team has successfully executed this scope for some of the biggest offshore wind projects in the world, giving us the experience to maximize utilization of key assets and so deliver the highest levels of project cost-efficiency.”