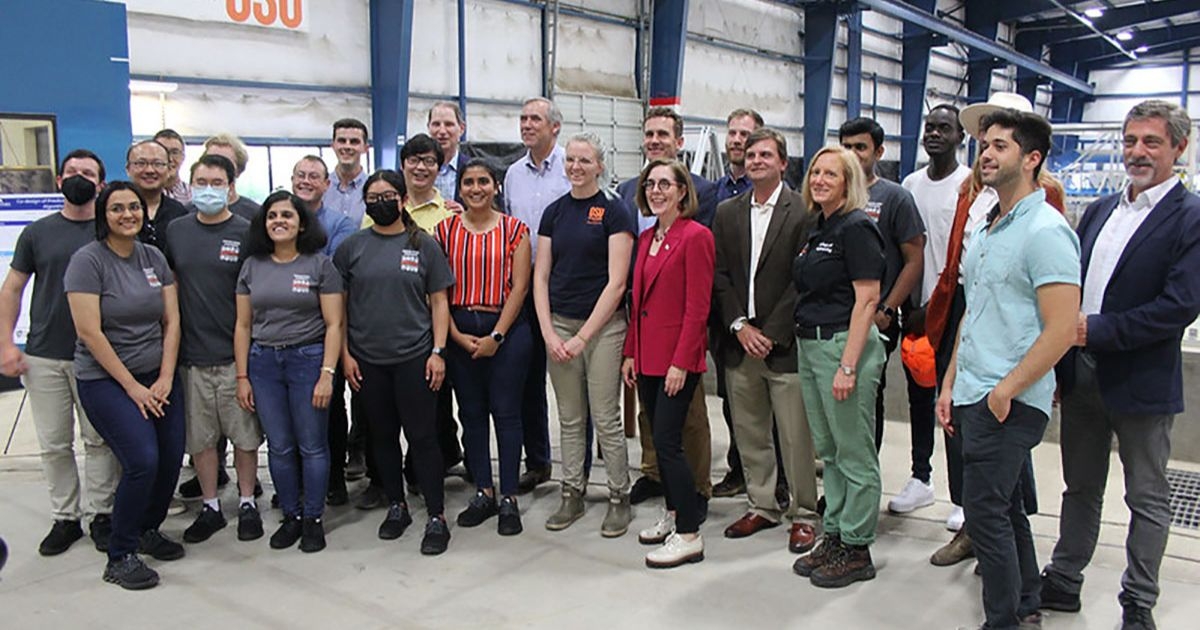 The visit was organized by OSU and the Pacific Marine Energy Center, a consortium of universities including Oregon State that is focused on advancing marine renewable energy.

“We’ve all been in the ocean,” Granholm told a group of OSU researchers and students after touring the lab’s wave basin and flume. “We’ve all felt the energy it has. That energy can be used to turn on the lights in our homes. Those waves never stop moving.”

During the 80-minute visit to the wave lab, the secretary, senators and governor mingled with graduate students who provided presentations on their research. The leaders also discussed the future of green energy with OSU faculty from the colleges of Engineering and Earth, Ocean, and Atmospheric Sciences.

The state and federal leaders heard presentations on the use of autonomous underwater robots, which are seen as the key to safely inspecting and maintaining undersea generation equipment. 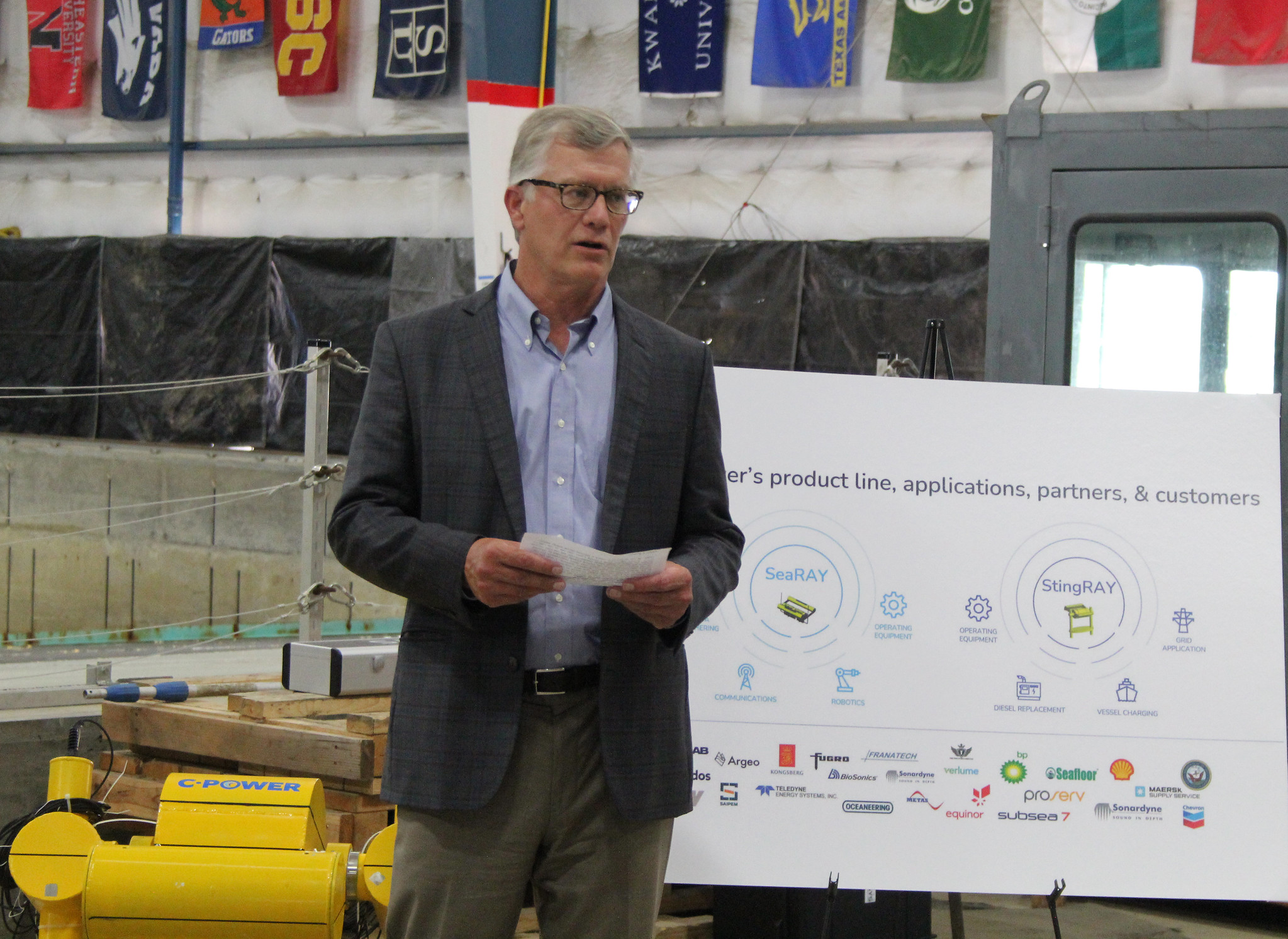 “As a land grant institution, Oregon State University takes on society’s most pressing issues, like climate change by coming up with clean energy solutions,” OSU Interim President Becky Johnson told the state and federal leaders. “I’m proud of our marine energy research and development initiatives, which are only possible because of the support we receive at the federal and state levels.”

“Every step of the way we’ll bring people together, fishing families and the Tribes,” added Wyden. “We need both funding for the research and for economic activity in the private sector. Sen. Merkley and I are in a position to make sure marine energy gets done right.”

“We have some of the best locations for wave power, and we need facilities like this lab and PacWave to develop the technologies for harvesting it,” he said. “My hope is that 10 years from now wave energy is a real thing.”

Brown described Granholm as a “phenomenal leader working to decarbonize the energy grid.”

“She shares our values, and the No. 1 value is collaboration,” Brown said. “We need everyone, including the federal government and the private sector, to make green energy work. Equity needs to be at the forefront as we work toward a fossil-free energy future because we know that people of color and Indigenous people have been disproportionately impacted by climate change.”