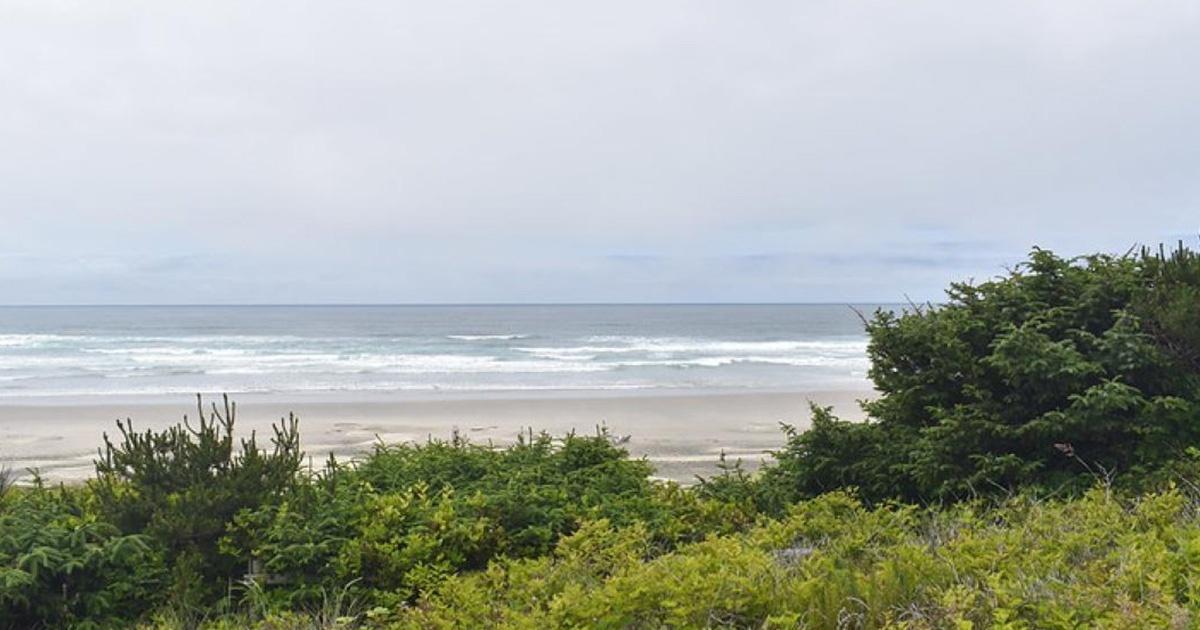 The last major pieces of the contract to build the wave energy test facility PacWave South have been executed, paving the way for the completion of the Oregon State University-led facility off the coast of Newport.

PacWave South will be the first utility-scale, grid-connected wave energy test site in the United States. The facility will offer wave energy developers the opportunity to try different technologies for harnessing the power of ocean waves and transmitting that energy to the local electrical grid.

PacWave project leaders recently authorized the procurement of more than 80 kilometers of cable that will deliver wave-generated energy to a shoreside facility where it can be fed to the local electrical grid. They also just finalized the contract for construction of the shoreside facility, said Burke Hales, PacWave’s chief scientist and a professor in the OSU College of Earth, Ocean, and Atmospheric Sciences.

“These are the last two major pieces of the project,” Hales said. “The cable manufacturing and installation is the most technically challenging aspect. Authorization of the manufacturing is a huge milestone for PacWave and is critical to its success.”

The ocean test site will be located on a sandy-bottomed stretch of the Pacific Ocean away from popular commercial and recreational fishing reefs about seven miles off the coast of Newport. The site will have four different test “berths,” which combined can accommodate up to 20 wave energy devices at any one time.

Power and data cables buried below the seafloor will connect the ocean test site to the shoreside facility in Seal Rock, south of Newport. Louisiana-based industrial electrical services contractor R.T. Casey is overseeing the procurement, construction and installation of the cable for PacWave. The cables will be manufactured in Norway by the Paris-based firm Nexans, which also has facilities in the U.S.

“This good news adds up to a significant step forward for OSU’s world-renowned research into the marine energy that will play such a key role in the energy mix of the future,” said U.S. Sen. Ron Wyden. “I’m proud to have teamed up with OSU to support the purchase of subsea cables and begin construction. And I’ll keep battling to ensure OSU continues to secure the resources it’s earned to continue generating jobs and conducting groundbreaking research right here in Oregon.”

The cable manufacturing process is expected to begin soon and will take about a year. The goal is for the cables to arrive in the Pacific Northwest in the spring of 2024 for installation in the summer of 2024, Hales said. 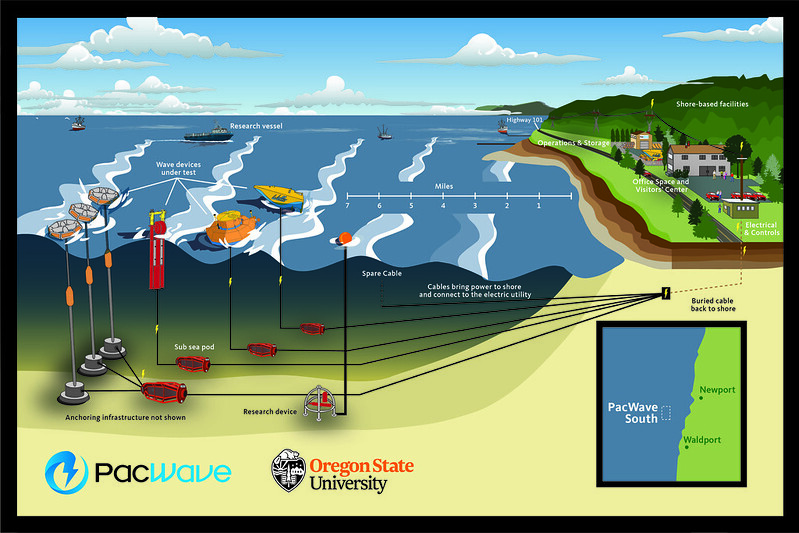 Corvallis-based contractor Gerding Builders has been selected to construct the shoreside facility; work on that piece of the project is expected to begin in the spring of 2023, said PacWave Deputy Director Dan Hellin.

“As we transition to clean energy, we must look to innovative solutions and bold new technologies like marine energy,” Bonamici said. “Harnessing the power of the ocean has tremendous potential, and researchers at Oregon State University have led the development of this promising industry. The new funding secured for the PacWave test facility to begin construction of its shoreside facility is an exciting step toward tapping the vast renewable energy potential of our ocean. I look forward to seeing the completed project and will continue to be a champion for climate action, including marine energy, in this and future Congresses.”

In 2022, crews completed the installation of underground conduits that will house the subsea and terrestrial cables that will carry wave-generated energy from the devices to the shoreside facility. To install the more than 6 miles of conduit, crews used horizontal directional drilling to make four offshore bores that were each more than a mile long, Hellin said. 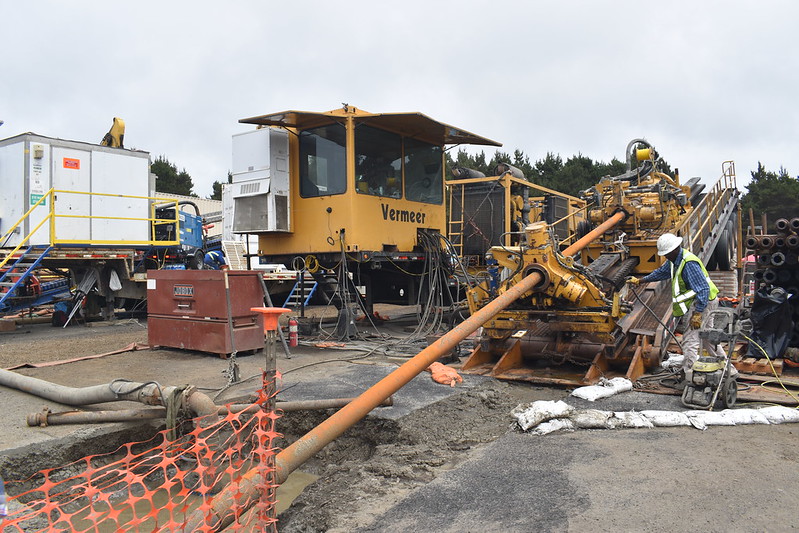 At the shoreside facility, which operates similar to a power substation, the wave-generated power can be connected to the local power grid, which is operated by the Central Lincoln People’s Utility District. PacWave South’s connection to the power grid will provide wave energy developers with the ability to test the efficacy of their devices as well as mechanisms for turning the energy they capture into a commodity with value on the energy market.

Based on current timelines, PacWave could be operational in 2025. The U.S. Department of Energy has already identified and provided funding to a slate of wave energy developers who will begin testing their devices once the PacWave facility is completed, Hales said.

“It’s really great that this pipeline of developers is already in place,” he said. “We have also had a number of other companies reaching out to see when we might be ready for them to use the testing facilities. There are a lot of developers working on alternative energy development and interest in wave energy is really picking up.”

Oregon State has pursued development of a wave energy test facility for more than a decade to accelerate the development of this industry. There currently is no U.S. facility for developers to measure the electrical and environmental performance of their devices at this scale.

PacWave South is supported by grants from the U.S. Department of Energy, the state of Oregon and other public and private entities. Oregon State’s College of Earth, Ocean, and Atmospheric Sciences is managing the construction and operation of the more than $80 million facility.