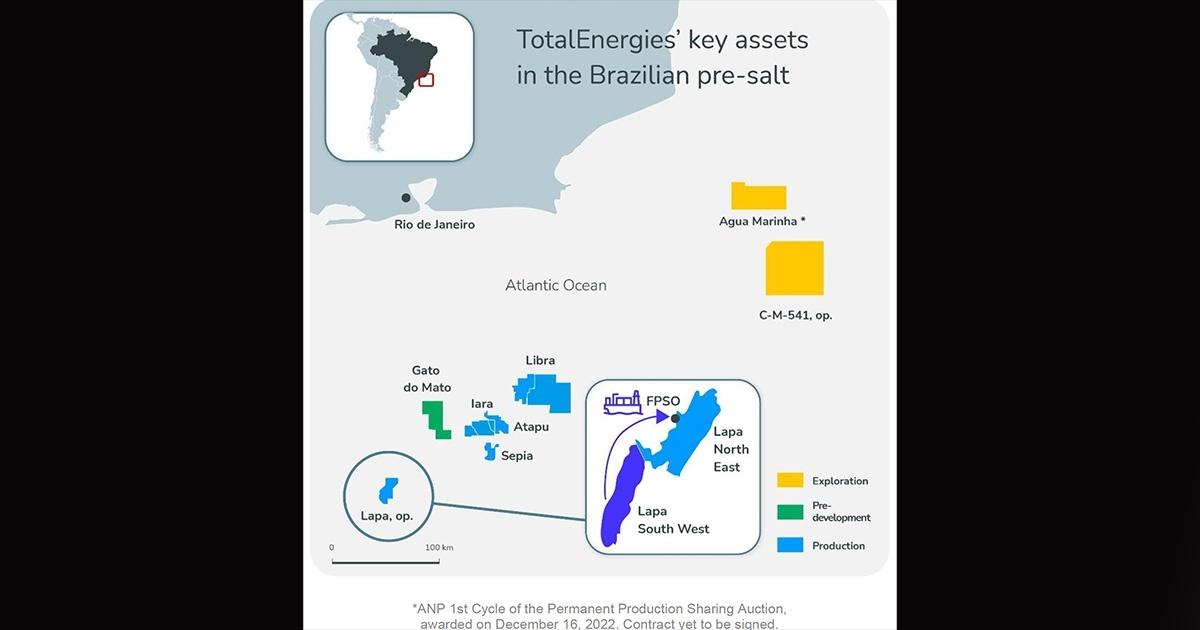 TotalEnergies has approved the final investment decision of the Lapa South-West oil development located in the Santos Basin, 300 km off the coast of Brazil.

TotalEnergies operates the project with a 45% interest, in partnership with Shell (30%) and Repsol Sinopec (25%). Lapa South-West will be developed through three wells, connected to the existing Lapa FPSO located 12 km away and currently producing the North-East part of Lapa field since 2016.

This development represents an investment of approximately $1 billion.

“This latest development is an important milestone for TotalEnergies in Brazil that will increase its operated production in the pre-salt Santos Basin, a key growth area for the Company" stated David Mendelson, Senior Vice President, Americas at TotalEnergies Exploration & Production. “With its efficient engineering approach and synergies with existing facilities, this project illustrates TotalEnergies’ strategy of focusing on low cost, low emissions assets.”