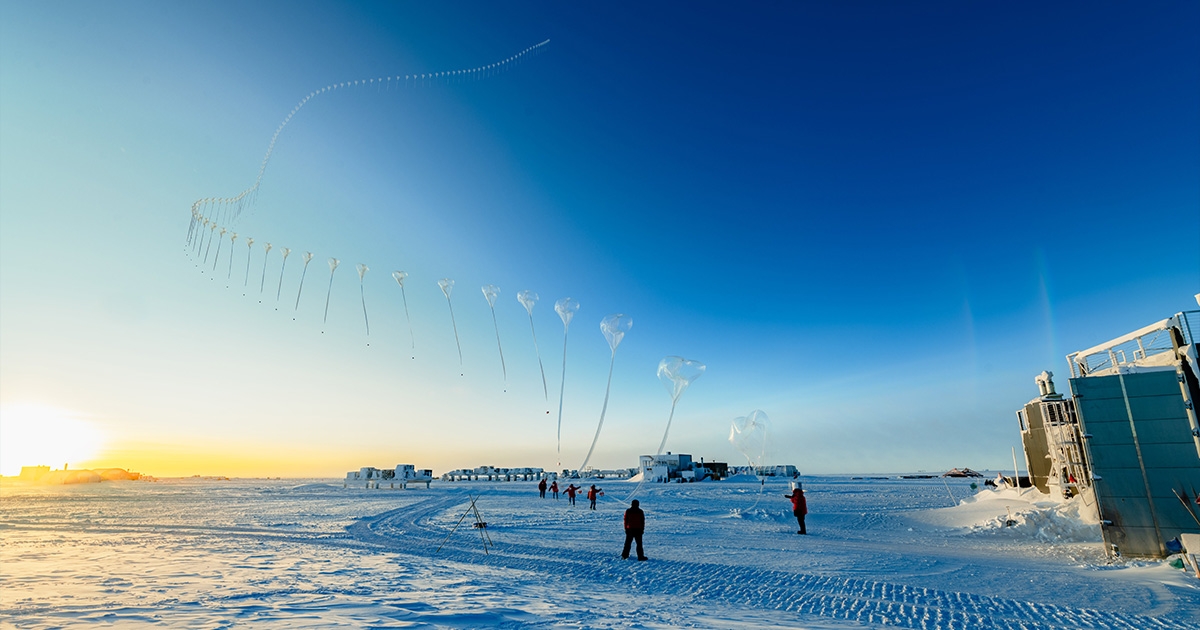 The hole in the ozone layer — the portion of the stratosphere that protects our planet from the sun’s ultraviolet rays — is continuing to decrease.

“Over time, steady progress is being made and the hole is getting smaller,” said Paul Newman, chief scientist for Earth Sciences at NASA’s Goddard Space Flight Center. “We see some wavering as weather changes and other factors make the numbers wiggle slightly from day to day and week to week. But overall, we see it decreasing through the last two decades. Eliminating ozone-depleting substances through the Montreal Protocol is shrinking the hole.”

The ozone hole happens when the protective ozone layer in the stratosphere above the South Pole begins to thin every September. Chlorine and bromine derived from human-produced compounds are released from reactions on high-altitude polar clouds. The chemical reactions then begin to deplete the ozone layer as the sun rises at the end of the winter in the Southern Hemisphere, with the strongest depletion occurring above Antarctica.

NOAA and NASA researchers detect and measure the growth and breakup of the ozone hole with satellite instruments aboard Aura, Suomi-NPP and NOAA-20 satellites. This year, satellite observations determined the ozone hole area reached a single-day maximum of 10.2 million square miles (26.4 million square kilometers) on October 5, but is now shrinking.

The lowest column amount detected by ozonesondes at the South Pole this year was 101 Dobson Units on October 3, according to Bryan Johnson from NOAA’s Global Monitoring Laboratory. This is very similar to last year’s measurements. At altitudes between 8 and 13 miles above Earth’s surface (14 to 21 kilometers), the ozone was almost completely depleted during the ozone hole’s maximum.

The ozone layer provides powerful protection against the sun’s ultraviolet rays, but is startlingly thin relative to the Earth’s crust and ocean, or even its total overhead atmosphere. In many places, the global average is about 300 Dobson Units, which if brought down to sea level pressure, is about as thick as two stacked pennies. Over Antarctica, the depleted ozone layer is roughly equivalent to the thickness of a dime. 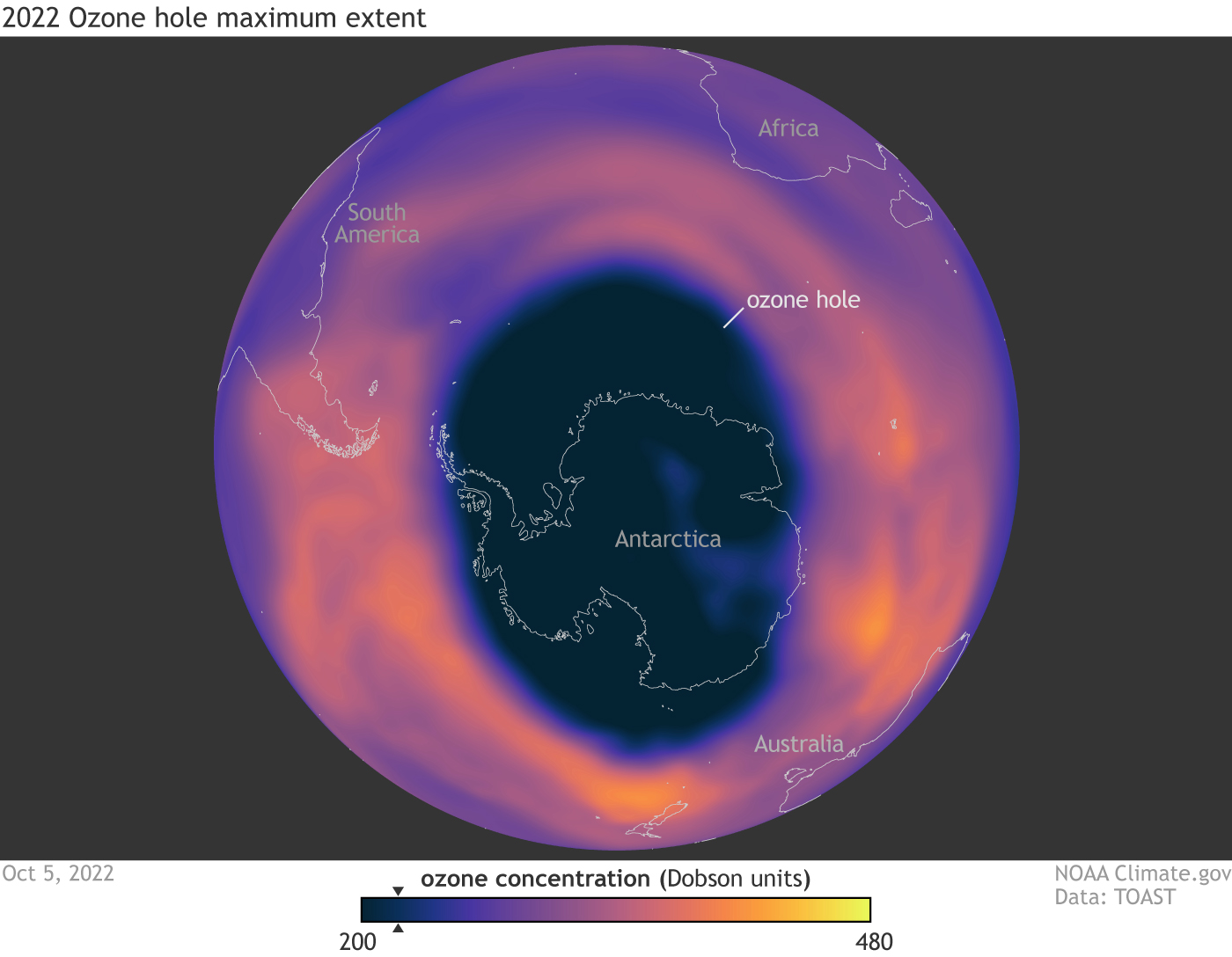 Measurements made via satellite and ozonesondes show that the Antarctic ozone hole has been smaller in recent years than it was in the late 1990s and early 2000s. This is due to the Montreal Protocol, a treaty adopted 35 years ago to ban the release of harmful ozone-depleting chemicals called chlorofluorocarbons, or CFCs. It remains the only international treaty ratified by every country on Earth. Amendments have helped it evolve over time to meet new scientific, technical and economic developments and challenges.

Scientists were also concerned about potential stratospheric impacts of the Hunga Tonga-Hunga Ha’apai volcano eruption on January 15, 2022, but so far, no direct impacts on the ozone layer have been noted in the data.