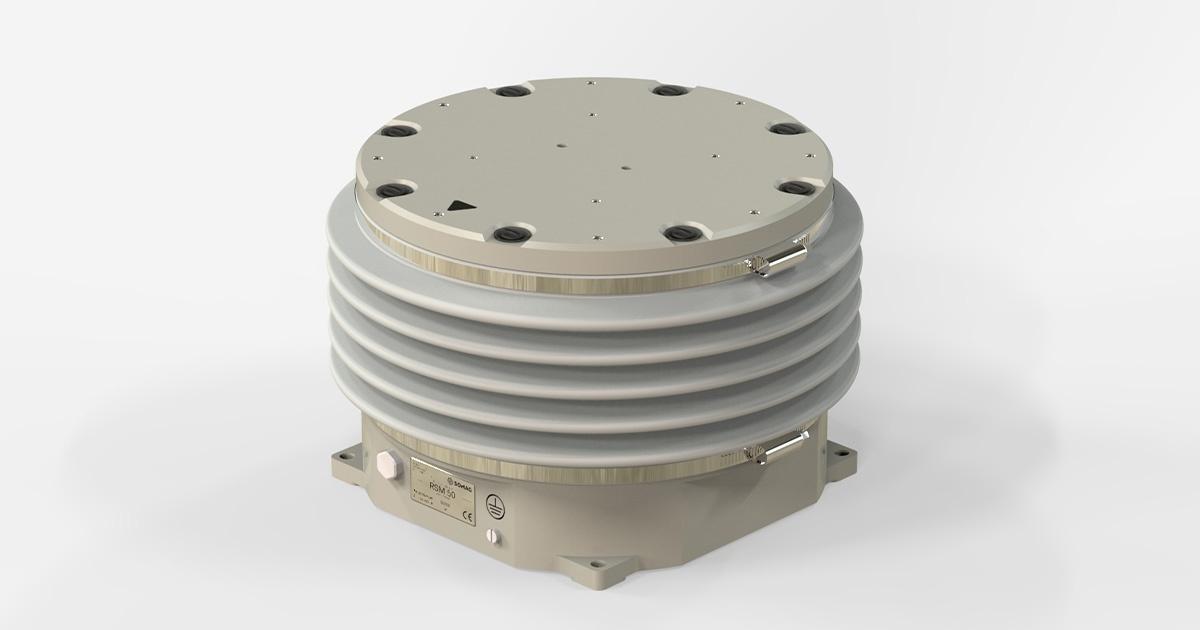 SOMAG AG Jena announces the launch of the new RSM 50, a compact and cost-effective gim-bal that offers top-notch stabilization for customers who want to get the most out of their sensor to achieve a high-quality and reliable data basis.

With the leap to series 5, SOMAG sets new standards in the field of gyro stabilization technology for mobile land and water applications.

RSM – better than ever before

“The RSM 50 is backed on our 20 years of technical expertise in the development of Gyro Stabi-lization Mounts and the close exchange with our customers, whose needs are at the forefront of the development process. Thus, the further development of the RSM 400 into the RSM 50 has led to an improvement in all important specification parameters”, says Sebastian Schreiber, CTO at SOMAG.

The electromechanical gimbal addresses the stabilization needs of customers who want to sig-nificantly improve their data captured off-road or offshore. The Mount stabilizes in real-time movements up to ≤± 20.0° in the roll and pitch axis of land and rail vehicles caused by rough, uneven terrain, as well as angular movements of boats, ships, Unmanned Surface Vessels (USVs), autonomous platforms and buoys caused by sea swell. Advanced control algorithms assure a stabilization accuracy that has been improved to ≤0.3° rms for best sensor perfor-mance and detailed image capture.

Capture crisp data even in the most demanding missions

Schreiber: “It is impressive what a giant step forward we have made with the RSM 50. The Mount offers a higher performance level, better dynamics and 3 times more torque than its pre-decessor. It can compensate for larger movements with higher angular velocity at the same time as higher lateral accelerations are imposed to the gimbal.” This enables customers to succeed in their mission to capture crisp data even with increased G-forces caused by heavy wave slam-ming or by a sensor installation up high on a mast. Higher angular velocities result in the Mount being optimally prepared for a deployment on fast vehicles or speedboats.

Stronger motors ensure precise leveling of payloads up to 40 kg. Despite greater performance and increased payload, the gyro stabilizer does not consume more power. On the contrary, due to a modified mechanical design, the power consumption is even lower than that of the prede-cessor device. In addition, the RSM 50 comes with an energy-saving mode. This stand-by mode is advantageous for long-term applications, such as on buoys, where power supply is critical.

Additional features include extended diagnosis possibilities and a failsafe braking system to se-curely lock the payload during power outage. The new Ethernet communication interface allows for an integration into existing networks as well as a control and monitoring of multiple mounts within a network.

The stabilization platform excels in its weatherproof design that complies with IP class 67. The technology is well suited for demanding conditions in both salty, humid and also dry, dusty envi-ronments. The multi-functional all-rounder for outdoor use is designed for a broad range of ve-hicular applications requiring stabilization of motion-sensitive equipment, such as antenna arrays, gravimeters, PTZ cameras, CCTV systems or other camera-based surveillance gear. The rug-gedized Mount ensures that the sensor always points exactly in the desired direction. With the modified mechanical design of the RSM 50, customers’ requests for an upside-down hanging installation are now fulfilled.