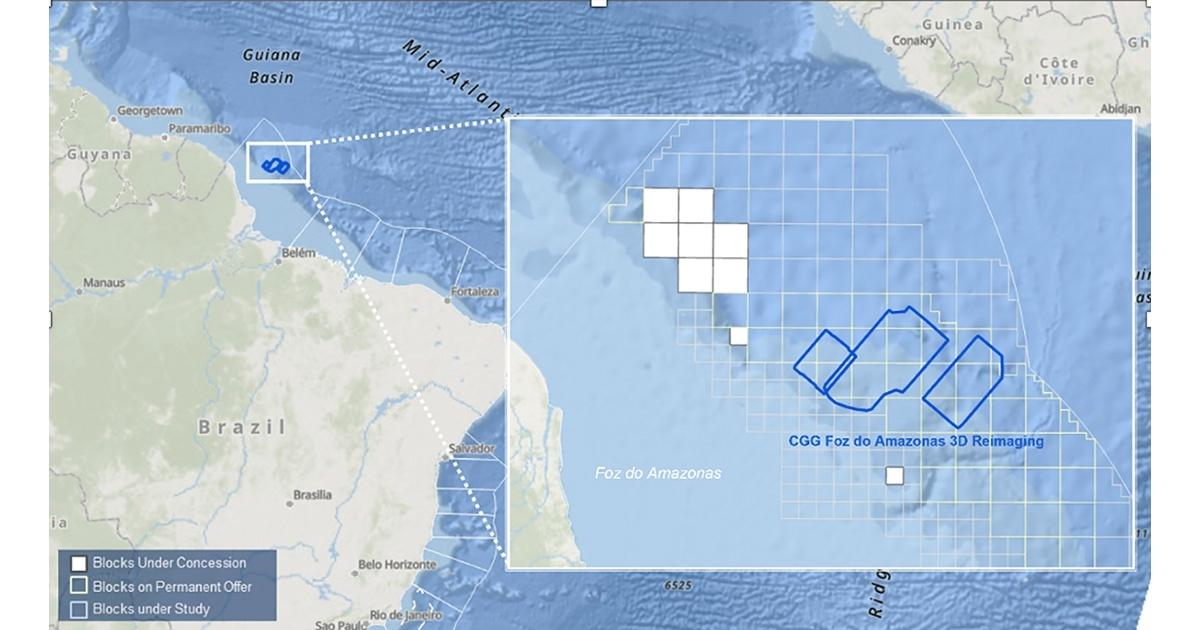 CGG kickstarts a new 3D reimaging project in the highly prospective Foz do Amazonas basin covering several blocks included in the Permanent Offer, to be completed by end of 2023.

CGG has announced the start of a new Foz do Amazonas 3D seismic reimaging project, aimed at supporting Brazil’s Permanent Offer initiative in the Equatorial Margin. The project, supported by industry funding, is expected to complete by the end of 2023, with fast-track products available by June.

The reimaging project will merge over 7700 km2 of existing public 3D seismic data in the Foz do Amazonas basin. The area has a rich network of turbiditic fans and channels made attractive by its geologic proximity to Guyana and Suriname and the recent success stories along the South Atlantic conjugate margins of West Africa.

Dechun Lin, EVP, Earth Data, said: “The Foz do Amazonas 3D reimaging project will benefit from our in-depth knowledge of the Equatorial Margin and further expand our 3D data library offshore Brazil, which is already the most comprehensive in the industry. By applying our unmatched imaging technology, such as our exclusive time-lag FWI, our experts in our Rio Subsurface Imaging center will deliver ultramodern high-resolution images for a better understanding of the untapped potential of the vastly underexplored Equatorial Margin.”