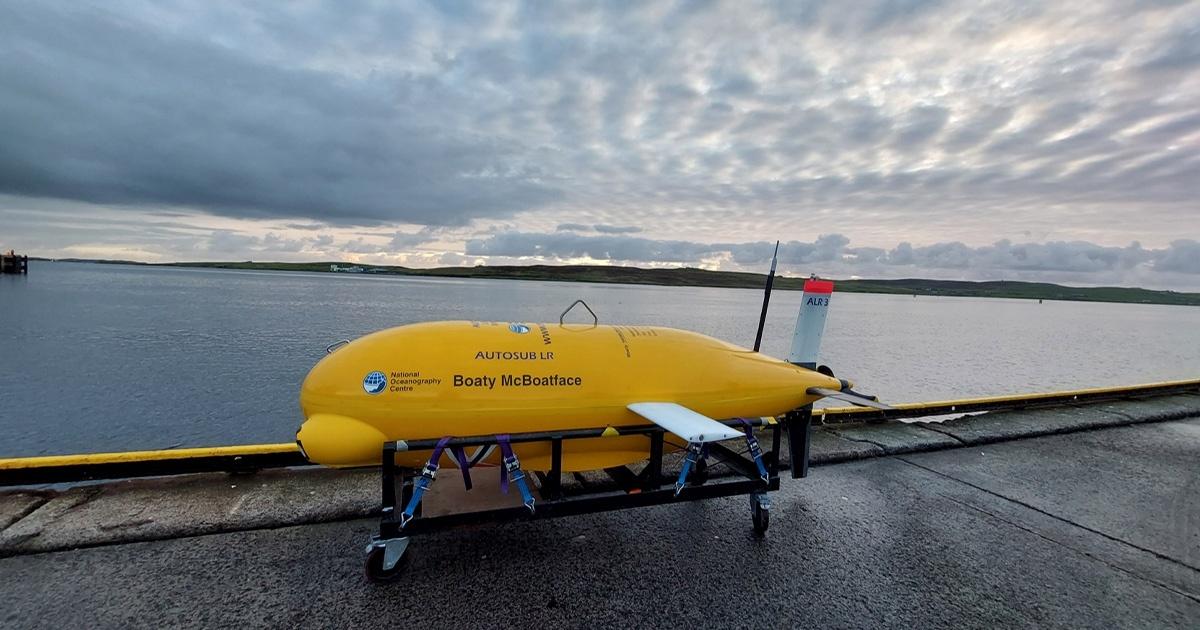 The UK is at the forefront of a global shift to using high-tech robots to explore the ocean. The Natural Environment Research Council (NERC) BIO-Carbon programme is investigating how marine life stores carbon dioxide (CO2).

Alongside the ship-based research in 2024 a fleet of autonomous robots, funded via NERC’s Net Zero Oceanographic Capability (NZOC) program, will collect data in a different way that is both low-carbon and novel in its approach to marine science.

NZOC has been established to reduce the carbon dioxide emissions associated with ocean research which often takes place in remote and challenging environments. BIO-Carbon is an exciting and ambitious research program that seeks to understand how marine life allows the ocean to store CO2 that may otherwise be in the atmosphere.

Leigh Storey, NZOC lead, commented; “NERC’s marine research fleet has a target to be net zero in carbon by 2040. To achieve that, new technology must be adopted, alongside scientists developing new techniques that can fully exploit all that robots can provide. The BIO-Carbon program presents an opportunity to show how autonomous platforms might reduce the need for ship-based experiments in the future.”

Dr. Adrian Martin, the BIO-Carbon Champion from the National Oceanography Centre, added; “The BIO-Carbon NZOC science mission will add considerably to what we can achieve, providing a new set of powerful tools while pioneering a low carbon emissions approach to environmental science. It is great to see the UK leading the way in this responsible approach to research given the UK’s drive to net zero carbon emissions.”